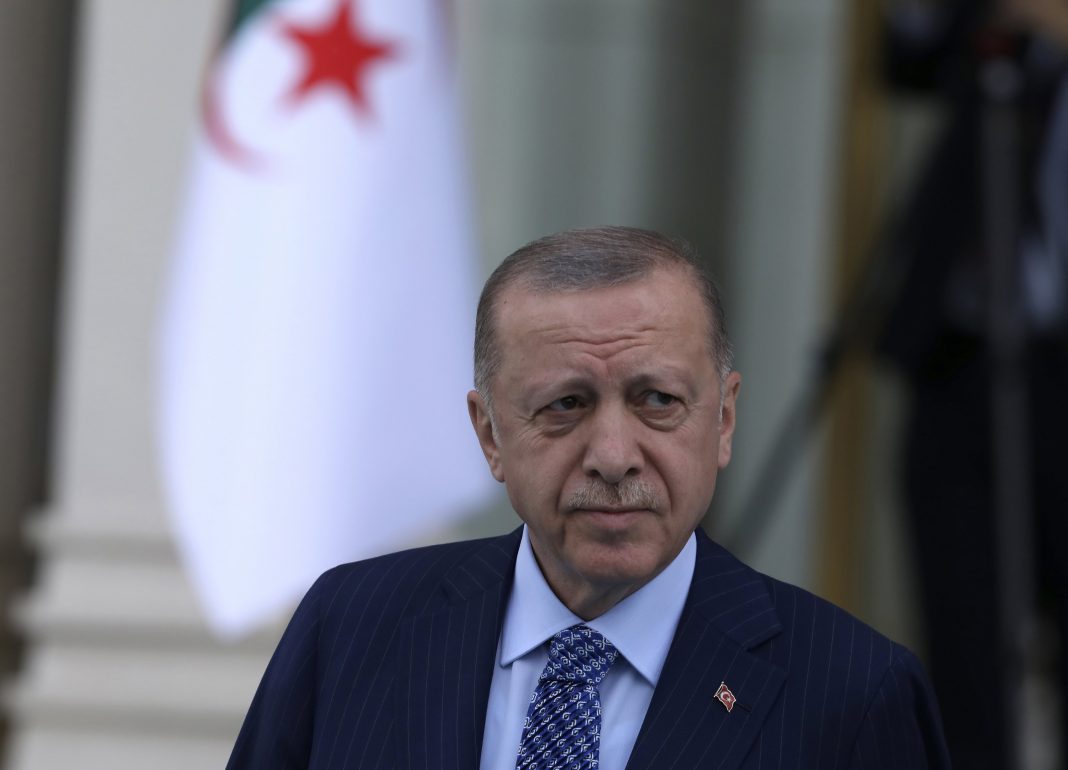 West News Wire: The United States and its allies are to blame for the insecurity experienced by the Arab countries, according to Turkish President Recep Tayyip Erdogan, who also claims that Ankara is waging war on terrorists in Syria.

Following a one-day business trip to Ukraine, Erdogan told reporters on Thursday that the United States and its allies are the ones that “mainly fuel terrorism” in Syria.

He said, “They did it violently and they still do it.” They continued to do it without getting bored, and they did the same thing in Iraq. To who? returning to terrorist groups Unfortunately, America is to blame for the current upheaval in Iraq.

Countless reports have emerged over the years revealing the US military’s support for terrorist groups, including Daesh, in Syria and Iraq.

Back in May, a number of captured Daesh terrorists confessed to close cooperation with US military forces stationed at al-Tanf base, which is situated near Syria’s borders with Iraq and Jordan, in the central Syrian province of Homs on carrying out various acts of terror and sabotage.

During confessions broadcast on Syria’s state-run television network, several terrorists revealed that they were instructed by American forces to target Syrian government troops in and around the ancient city of Palmyra, the Tiyas Military Airbase also known as the T-4 Airbase, the Shaer gas field as well as nearby oil wells.

Syria’s official news agency SANA, citing local sources speaking on condition of anonymity, reported that a number of Daesh terrorists were being trained at the US military base in al-Shaddadi town of Syria’s northeastern province of Hasakah on how to fire rocket-propelled grenades (RPGs), shoulder-launched rockets as well as anti-armor and anti-aircraft missiles.

However, Erdogan made the remarks in reference to US-backed Kurdish militants affiliated with the so-called Syrian Democratic Forces (SDF), with which Turkey has been fighting in Syria. Damascus has repeatedly denounced both Washington and Ankara’s illegal military presence on Syrian soil.

In his Friday remarks, Erdogan once again claimed that Ankara’s main contention is the fight against terrorism in northern Syria, adding that Turkey is ready for a military operation against terrorist groups in the Arab country.

The Turkish president also said Ankara is not eyeing Syria and that Syria’s territorial integrity is important to Turkey.

“We do not have eyes on the territory of Syria because the people of Syria are our brothers. We have no such problem there. The integrity of their territory is important to us,” he said.

On August 8, Turkish President Recep Tayyip Erdogan hinted at his country’s plan for a new cross-border operation in Syria to remove members of the US-backed Kurdish People’s Protection Units (YPG) militant group, which is the backbone of the SDF.

“We’ll keep fighting the war on terrorism. In a speech to Turkish diplomats attending the 13th Ambassadors Conference in the country’s capital, Ankara, Erdogan declared that his country’s decision to build a 30-kilometer-deep (18.6-mile) security line along its southern border was definite.

Erdogan said last month that a fresh Turkish offensive against YPG terrorists would remain on the table until security issues were resolved.

Tuesday saw a counterattack by the Syrian armed forces against Turkish military installations inside Syria, which resulted in material and casualties on both sides. The retaliation followed a Turkish airstrike that left at least three Syrian soldiers dead and six others injured close to the city of Aleppo in western Syria.