wnw24
Home Politics US “in decline,” Biden has his own ominous warning: Trump 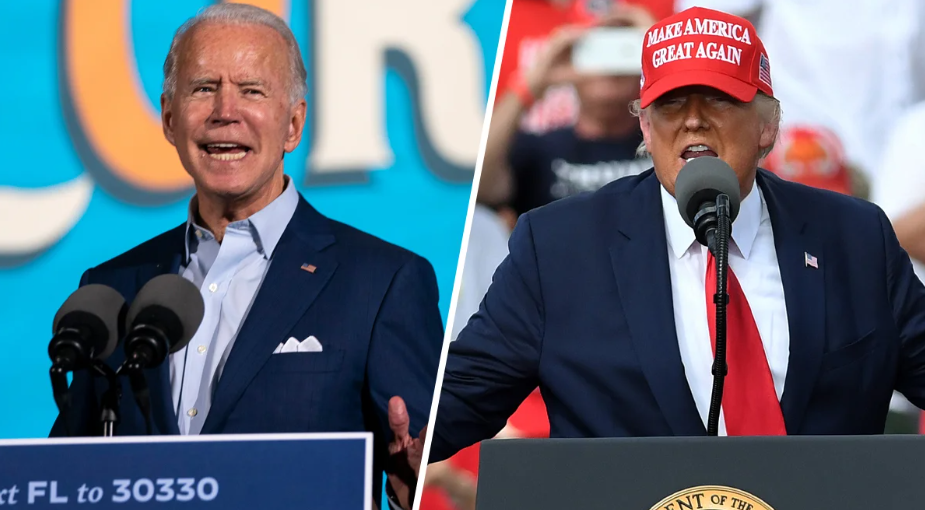 West News Wire: If his fellow Republicans don’t produce a significant electoral wave on Tuesday, former President Donald Trump has threatened to destroy the United States. Democrats are expressing concern that abortion rights, Social Security, and perhaps democracy itself are in jeopardy, led by President Joe Biden and two other previous presidents.

The final weekend of the 2022 midterm elections will determine the balance of power in Washington, D.C., and in important state capitals. On Saturday, three of the six living presidents delivered somber farewell addresses in battleground Pennsylvania. However, their words reverberated across the nation as millions of Americans cast ballots. On Tuesday, polls will close across the nation, but more than 39 million people have already cast their ballots.

Biden was scheduled to campaign in suburban New York on Sunday, while Trump was heading to Florida.

“If you want to stop the destruction of our country and save the American dream, then on Tuesday you must vote Republican in a giant red wave,” Trump told thousands of cheering supporters as he campaigned Saturday in western Pennsylvania, describing the United States as “a country in decline.”

Earlier in the day, Biden shared the stage with former President Barack Obama in Philadelphia, the former running mates campaigning together for the first time since Biden took office. In neighboring New York, even former President Bill Clinton, largely absent from national politics in recent years, was out defending his party.

“Sulking and moping is not an option,” Obama charged. “On Tuesday, let’s make sure our country doesn’t get set back 50 years.”

Not everyone, it seemed, was on message as the weekend began.

Even before arriving in Pennsylvania, Biden was dealing with a fresh political mess after upsetting some in his party for promoting plans to shut down fossil fuel plants in favor of green energy. While he made the comments in California the day before, the fossil fuel industry is a major employer in Pennsylvania.

Trump seized on the riff in western Pennsylvania, charging that Biden “has resumed the war on coal, your coal.”

The White House said Biden’s words were “twisted to suggest a meaning that was not intended; he regrets it if anyone hearing these remarks took offense” and that he was “commenting on a fact of economics and technology.”

Democrats are deeply concerned about their narrow majorities in the House and Senate as voters sour on Biden’s leadership amid surging inflation, crime concerns and widespread pessimism about the direction of the country. History suggests that Democrats, as the party in power, will suffer significant losses in the midterms.

Trump’s weekend travels were part of a late blitz that will also take him to Ohio. He’s hoping a strong GOP showing on Tuesday will generate momentum for the 2024 run that he’s expected to launch in the days or weeks after polls close.

Over and over on Saturday, Trump falsely claimed he lost the 2020 election only because Democrats cheated, while raising the possibility of election fraud this coming week. In part, because of such rhetoric, federal intelligence agencies have warned of the possibility of political violence from far-right extremists in the coming days.

“Everybody, I promise you, in the very next very, very, very short period of time, you’re going to be happy,” Trump said of another White House bid. “But first we have to win an historic victory for Republicans on Nov. 8.”

Biden’s Pennsylvania address was largely the same he has been giving for weeks spotlighting a grab bag of his major legislative achievements, while warning that abortion rights, voting rights, Social Security and Medicare are at risk should Republicans take control of Congress.