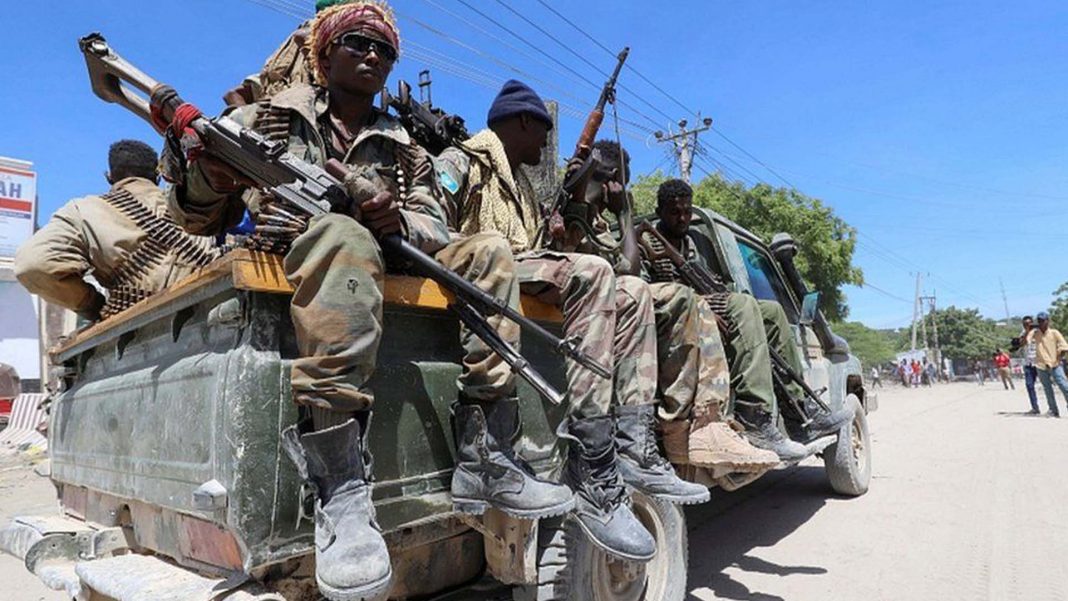 West News Wire: Tuesday, the United States designated individuals and entities that it claimed were part of a “terrorist weapons trafficking network” in Eastern Africa and announced sanctions on ISIL in Somalia.

The US Department of the Treasury said in a statement that several of the individuals targeted in Tuesday’s action had either sold weapons to al-Shabab or were still active al-Shabab members.

The bloodiest explosions since a truck bomb killed more than 500 people at the same area five years ago occurred on Saturday, October 29, when two vehicle bombs exploded outside the education ministry in Mogadishu, the capital of Somalia. The ISIL (ISIS) group claimed responsibility for the attacks.

While Tuesday’s move is the first from the Treasury targeting ISIL in Somalia, the official said additional action is expected in the coming weeks.

In 2018, the US Department of State designated ISIL in Somalia a “Specially Designated Global Terrorist”.

Those designated on Tuesday include Abdirahman Mohamed Omar, whom the Treasury accused of being an ISIL member in Somalia and, as of 2020, considered the most active illicit arms importer in Puntland state in Somalia.

Also targeted was Isse Mohamoud Yusuf, named as an ISIL-Somalia weapons and logistics facilitator in Bari in Puntland and an arms smuggler; Abdirahman Fahiye Isse Mohamud, who it said is an ISIS-Somalia emir; and Mohamed Ahmed Qahiye, who Treasury said is the head of the Amniyat, ISIS-Somalia’s intelligence wing, among others.