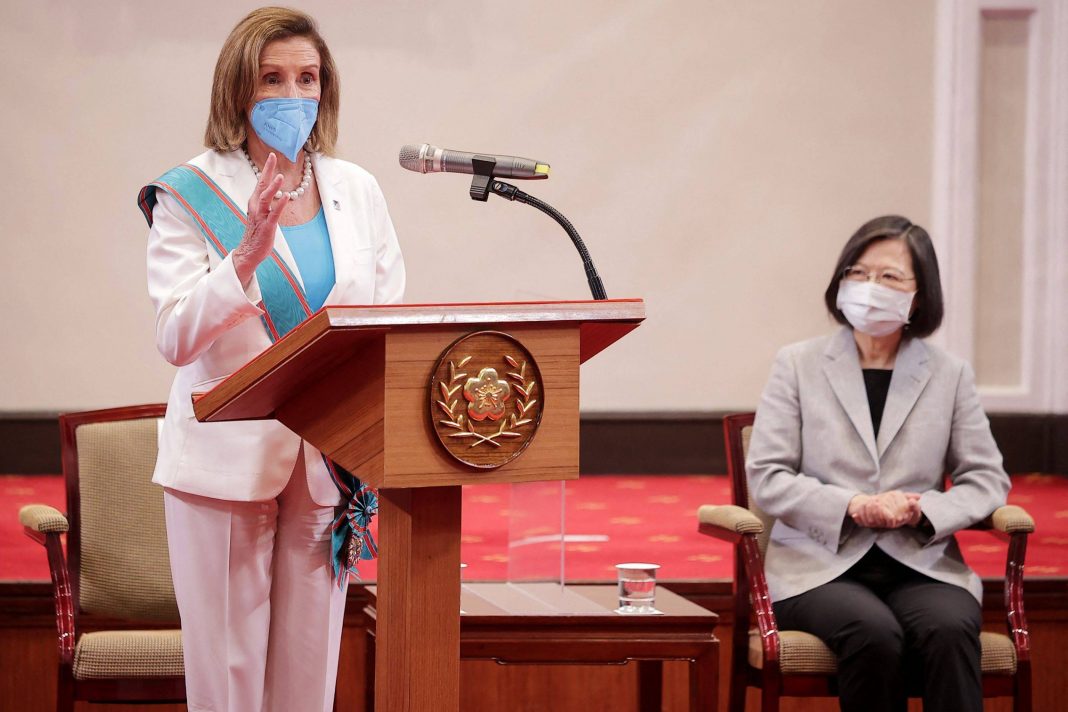 West News Wire: The controversial visit to Taiwan by US House Speaker Nancy Pelosi has come to an end, with the third-highest ranking American official departing from Songshan Airport in Taipei on Wednesday.

Despite repeated warnings from Beijing, which adheres to the One China policy and considers Taiwan to be a part of its territory, Pelosi visited the self-governing island on Tuesday.

The US “will not abandon our commitment to Taiwan,” the House speaker vowed during her brief visit to Taipei, calling Taiwan “one of the freest societies in the world.”

The 82-year-old spoke before the local legislature, met with Tsai Ing-wen, the head of the island, and was given one of Taiwan’s highest civilian honors, the Order of Propitious Clouds with Special Grand Cordon, for her firm stance in “safeguarding freedom, democracy and human rights.”

The Chinese Foreign Ministry has condemned Pelosi’s trip, saying it “seriously infringes upon China’s sovereignty and territorial integrity” and will have a “severe impact on the political foundation of China-US

The ministry also summoned US Ambassador Nicholas Burns to lodge an official protest, telling him Washington will “pay the price” for the move.

The Chinese Defense Ministry has announced a series of military exercises and live-fire drills in six maritime areas, and in Chinese-controlled airspace around the island.

Pelosi is the most high-ranking American official to travel to the territory since a trip by then-US House speaker Newt Gingrich back in 1997.

Despite recognizing Beijing as the sole legitimate authority in China since 1979, the US maintains strong unofficial ties with Taiwan, selling weapons to Taipei and backing its push for sovereignty.

The island of 23.5 million, which officially calls itself the Republic of China (ROC), has been self-governed since 1949, but never officially declared independence from Beijing.