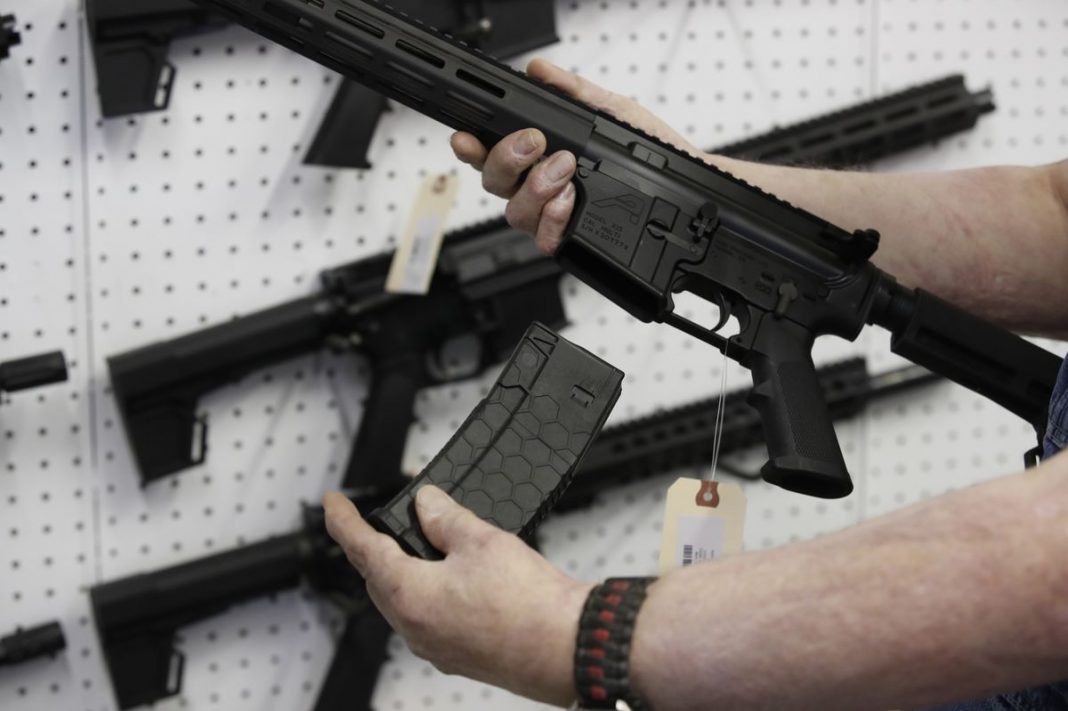 West News Wire: In reaction to a string of shocking mass shootings, the US House of Representatives has advanced a bill that would outlaw assault weapons for the first time in decades.

The Democrat-majority House passed the bill on Friday with a vote of 217 to 213. A small number of Democrats joined all but two Republicans in voting against it.

The bill, according to House Speaker Nancy Pelosi, is “critical in our continued fight against the tragic pandemic of gun violence in our country.”

The purchase, manufacture, importation, or transfer of specific semi-automatic weapons would be prohibited.

President Joe Biden hailed the House vote, saying: “The majority of the American people agree with this common sense action.” He urged the Senate, split 50-50 between each party, to “move quickly to get this bill to my desk” but the measure is not expected to get the approval it needs to become law.

Congress placed restrictions on the manufacture and sale of assault weapons in 1994, but the legislation expired 10 years later after politicians were unable to muster the support to counter the gun lobby.

The Biden administration said that while the ban was in place, mass shootings declined.

“When the ban expired in 2004, mass shootings tripled,” the statement said. Assault rifles have emerged as the weapon of choice among the young men responsible for many of the country’s most devastating gun attacks.

The most recent attempt at gun restriction comes in the wake of two shocking mass shootings in May, including the murder of 19 pupils and two instructors at a school in Uvalde by an 18-year-old shooter and the shooting deaths of 10 African Americans at a Buffalo grocery by a white supremacist.

However, during the discussion leading up to the vote, Republicans vehemently opposed any restrictions on gun ownership and derided the legislation as a Democrat election-year ploy.

Democrats presented Republicans as extremist and out of touch with the shifting national sentiment while arguing that the ban on the guns made sense.

After years of unsuccessful attempts to take on the gun lobby, that bipartisan bill was the first of its kind. A House committee, in a report released this week, said US gunmakers had earned $1bn in the past 10 years from sales of AR-15-style semi-automatic weapons.