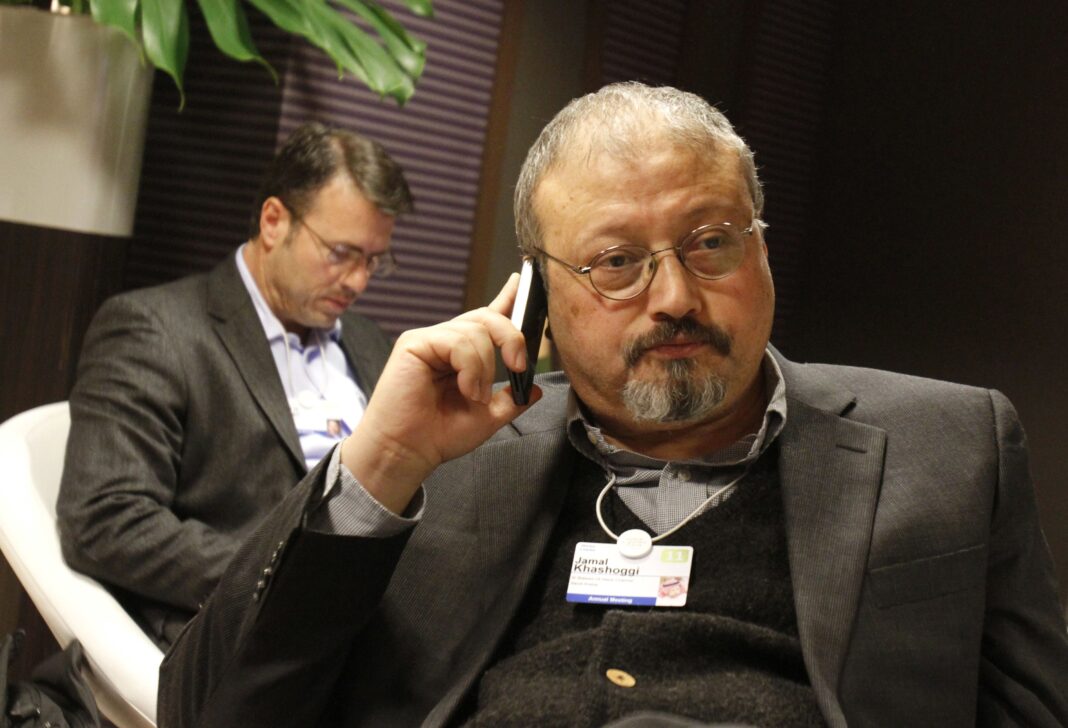 West News Wire: A top US law firm has officially terminated its lobbying work for the Saudi Royal Court department implicated in the 2018 murder of journalist Jamal Khashoggi.

Squire Patton Boggs started work on behalf of the Centre for Studies and Media Affairs, run by Saudi royal court adviser Saud al-Qahtani, in September 2016 on a $100,000-a-month contract, according to foreign lobbying filings.

On 29 January, the centre was listed in a filing as a foreign principle that the firm continued to represent, offering “general legal advice” but not performing “reportable activities” during the last six months of 2020. The centre, according to the same filing, paid the firm $157,300.

But on 17 September, following a campaign led by a pro-democracy advocacy organisation Khashoggi started before his killing and as first reported by Mother Jones, the firm filed paperwork ending its representation.

In an email on Friday, Angelo Kakolyris, a spokesperson for the firm, told that Squire Patton Boggs hadn’t lobbied on behalf of Saudi Arabia “in over four years”.

“Accordingly, we updated our reporting and deregistered under FARA [the Foreign Agents Registration Act] on behalf of the Centre for Media Studies, which no longer exists and hasn’t for several years,” he wrote.

Middle East Eye understands that the $157,300 listed in the January filing was for legal advice that the firm offered to Saudi Arabia, not to the centre.

Raed Jarrar, advocacy director at Democracy for the Arab World Now (DAWN), the organisation Khashoggi started, told MEE that regardless of the firm’s activities, they were registered officially as foreign agents for the centre until this month.

Jarrar said Squire Patton Boggs should never have signed the contract with Qahtani, who he said was a “notorious human rights violator” even then, but that there had been justification at multiple junctures since then to terminate it.

Any distinction drawn between lobbying for the centre and offering legal advice to the government “is meaningless”, he added. “They should not be lobbying on behalf of abusive governments. That is our campaign.”

Within days of the Saudi journalist’s murder, MEE revealed that Qahtani was one of the commanders of the Tiger Squad, the death squad set up under Saudi Crown Prince Mohammed bin Salman with the aim of covertly assassinating Saudi dissidents inside the kingdom and on foreign soil.

Several weeks later, the Wall Street Journal reported that the CIA had assessed that members of the media centre were among the Saudi team sent to kill him.

Then earlier this year, a declassified US intelligence report concluded that Mohammed bin Salman was responsible for Khashoggi’s killing and confirmed that the CIA believed media centre officials were among the kill team.

The report also highlighted that Qahtani had claimed publicly that he “did not make decisions without the crown prince’s approval”.

The Saudi government said the declassified report was “negative, false and unacceptable” and contained “inaccurate information and conclusions”.

Qahtani was dismissed from his position overseeing the media centre in October 2018. A month later, a Saudi royal decree reportedly called for the opening of a new media centre “to address the quality of media reports affecting the image of the Kingdom” which Gulf scholars say replaced the centre run by Qahtani. His whereabouts since then have remained an open question.

The campaign to have Squire Patton Boggs drop the Saudi unit as a client, run by DAWN with the participation of several other organisations, called on US politicians to avoid meetings with Edward Newberry, a global managing partner at the lobbying firm.

US representatives Rashida Tlaib, Ro Khanna and Betty McCollum said publicly that they would not meet with Newberry, who features on DAWN’s newly created “Lobbyist Hall of Shame”.

Jarrar said any lobbyist who works for an autocrat or an abuser in the Middle East should be on notice to end their contracts or find themselves in the Hall of Shame.

“Our message to them is to drop the contracts with these abusive and apartheid governments in the Middle East and stop whitewashing their crimes,” he told MEE. He said the same of members of Congress “meeting with these lobbyists” representing those same “apartheid regimes”.