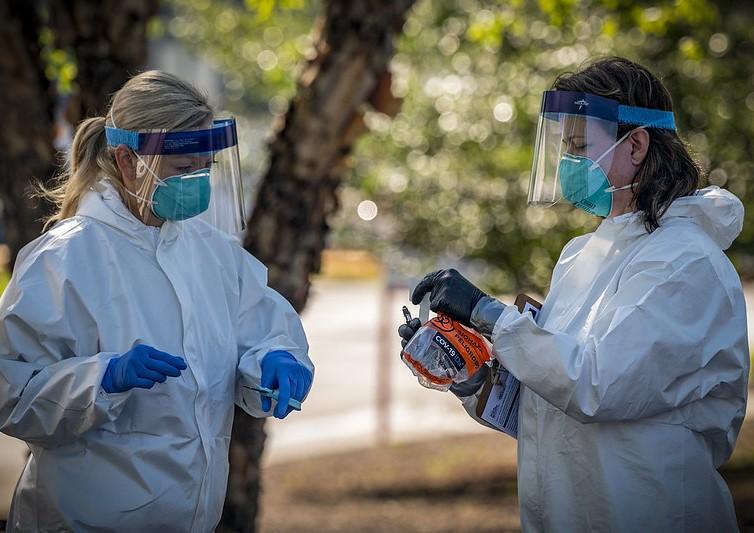 West News Wire: More than 100 million COVID-19 cases have been officially reported in the United States.

The United States reached the milestone as of December 21 according to statistics from the Centers for Disease Control and Prevention that was updated late on Thursday.

According to data from the Johns Hopkins Coronavirus Resource Center, America is the first country to have reported total cases in the nine-figure range.

Although the 100 million milestone is significant, according to Dr. John Brownstein, chief innovation officer at Boston Children’s Hospital, it is also a vast undercount.

The volume of transmission that has occurred around this virus and the population impact that we have experienced are clearly marked by this milestone, he added. Meanwhile, we acknowledge that reported cases are absolutely a massive undercount at the beginning of the pandemic where testing was nonexistent to the shift to home testing where a significant proportion of cases has gone unreported.”

There are likely several reasons for underreported cases including people testing at home and not relaying their results to public health officials, not knowing where to get tested or people choosing not to test at all.

“I think we know that a large majority of the population has already been infected with COVID,” Brownstein said. “And so, this number only represents a fraction of all the cases. [The milestone] was very likely hit many months ago.”

In fact, between February 2020 and September 2021, the CDC estimates that only one in four COVID-19 infections were reported and there were likely about 146 million infections that occurred during this time.

Read More
As the Omicron spreads, the Netherlands goes into lockdown

Brownstein said he believes there are opportunities to collect home testing results as surveillance data to report the true burden of cases more accurately.

For example, the National Institutes of Health launched a website in late November by which people can anonymously report the results of their at-home COVID-19 tests, regardless of which brand they use.

“It’s challenging because it’s relying on individuals to put in that data, but you could also do nationally representative sampling,” he said. “We’ve actually done this as part of our work to understand the relative proportion of people testing positive via home tests versus lab tests and if you can come up with an estimate of how people are behaving, you can adjust the official numbers.”

According to Brownstein, there was probably a surge after Thanksgiving that we are not yet fully aware of, and another surge is probably coming after Christmas and New Year’s.

He emphasized the significance of getting Americans’ COVID-19 vaccinations and boosters as well as their flu injections in before a gathering.

As we move into the colder months, he stated, “There is definitely still time to go and be vaccinated, both for COVID and flu.” “And everyone should just be cautious. We are aware of what we must do. Now that we are familiar with the pandemic playbook by heart, all that is left to do is put it into action.”