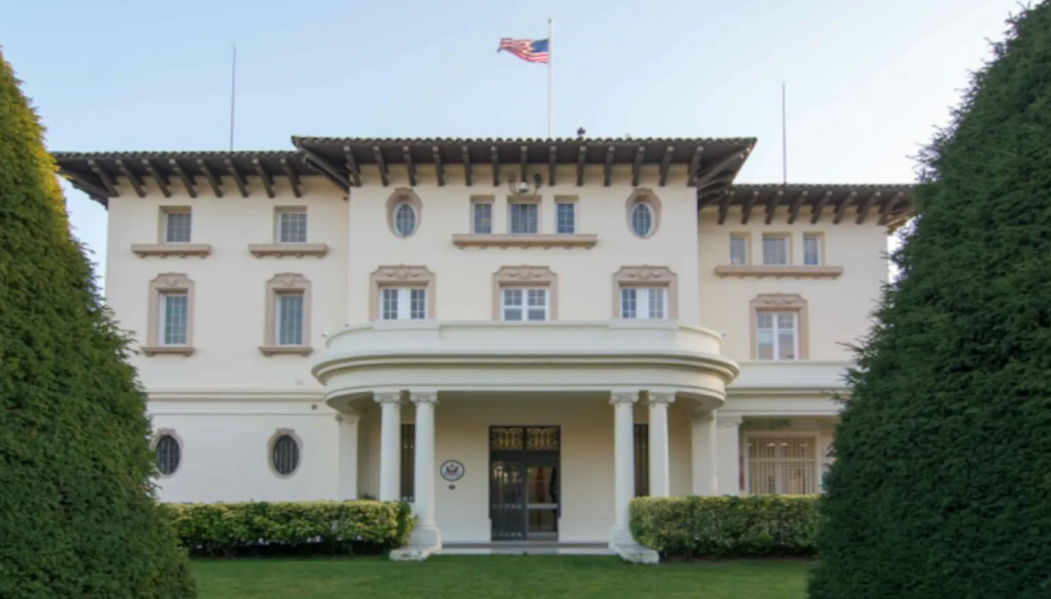 West News Wire: According to La Sexta TV station, a letter similar to the five letter bombs sent to the Ukrainian embassy in Spain and other targets within the nation was delivered to the US embassy in Madrid.

Rafael Perez, the deputy interior minister, earlier on Thursday told reporters that the letter bombs sent to five other offices including the Ukrainian embassy in Madrid, a Spanish military manufacturing, and three government agencies were originated domestically.

However, he added, “We are basing this on early visual inspections without having an in-depth technical analysis yet.” It appeared like they were all sent from within the nation.

The interior ministry said on Thursday that an “envelope with pyrotechnic material” addressed to Prime Minister Pedro Sanchez had been received on November 24 and disarmed by his security team.

A “similar” package was received by the Ukrainian embassy on Wednesday was addressed to Ambassador Serhii Pohoreltsev and exploded when it was opened by a security official.

Another package was received on Wednesday night at the headquarters of Spanish weapons manufacturer Instalaza in Zaragoza, northeastern Spain, police said.

Instalaza manufactures the C90 rocket launcher that Spain has supplied to Ukraine.

Spanish security forces also found a device early on Thursday in an envelope mailed to a European Union satellite centre located at an air force base in Torrejon de Ardoz, near Madrid, the defence ministry said.

The satellite centre supports the EU’s common foreign and security policy by gathering information from space intelligence devices, according to its website, and was recently described by EU Foreign Policy Chief Josep Borrell as being part of “the eyes of Europe”.

A source close to the investigation told the Reuters news agency that the devices were in similar brown envelopes and addressed to the heads of each institution.

They contained loose gunpowder with an electrical ignition mechanism that would make the powder burn, rather than explode, the source said.

Deputy Interior Minister Perez said: “At this state, we are not aware that any other similar letters have been received in other countries.”

Regarding the five letter bombs that were delivered to governmental institutions, commercial enterprises, and the Ukrainian embassy in Madrid, the Russian Embassy in Spain released a statement on Thursday condemning “any threat or terrorist act.”

The statement read, “Any threat or terrorist act, in particular directed at a diplomatic mission, are to be fully rejected.”

An probe has reportedly been launched by Spain’s High Court, according to a legal source.

The suspicious parcel addressed to him was given to the embassy’s Ukrainian commandant, who took it outside to open it, according to Ambassador Pohoreltsev, who spoke to the Ukrainian news outlet European Pravda.

He hurled the box after opening it and hearing a click, and then he heard the explosion. Despite not being in possession of the box when the explosion occurred, the commandant hurt his hands and received a concussion,” Pohoreltsev was quoted as saying.