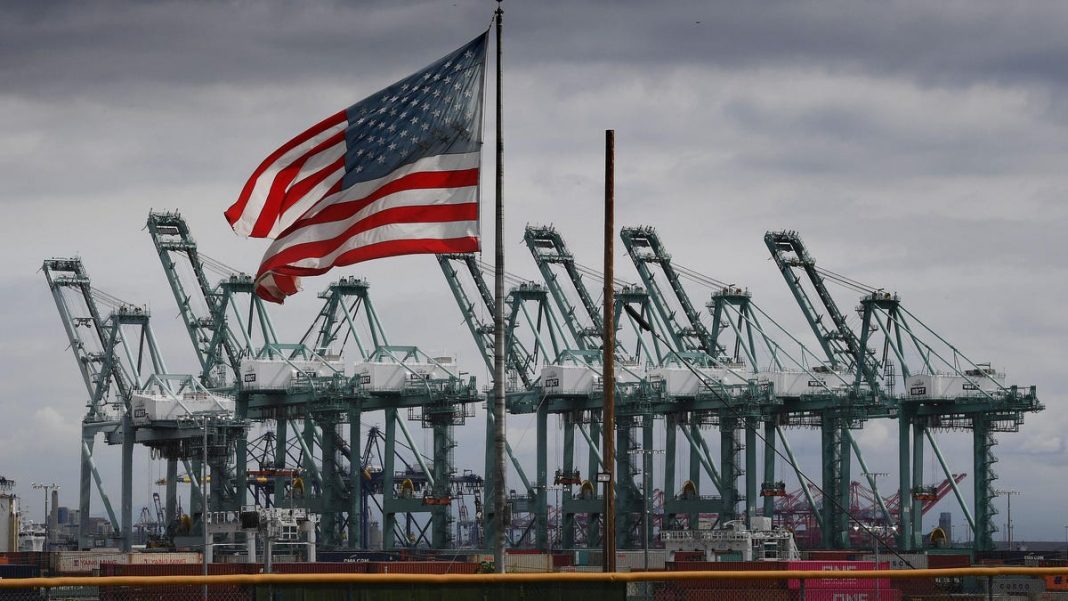 West News Wire: The US economy has contracted for the second consecutive quarter, a development that in many other nations would be regarded as an economic recession.

In contrast, the US uses extra information to make that choice.

However, the shrinkage, which occurred at an annual pace of 0.9 percent in the three months leading up to July, has received a lot of attention as economic worries intensify.

The cost of food, gas, and other necessities is rising at a rate not seen since 1981.

Fears are growing that a recession is on the horizon, if it hasn’t already, as the US central bank aggressively increases borrowing prices to try to cool the economy and reduce pricing pressures.

Faced with sinking public confidence, President Joe Biden has tried to make the case that the economy remains sound, noting that the unemployment rate remains at a low 3.6% and hiring has remained strong.

This week, ahead of the data from the Commerce Department, he told reporters that the economy was “not going to be in a recession”. That prompted his opponents in the Republican party to accuse the White House of trying to redefine the term.

In the first three months of the year, the US economy shrank at an annual rate of 1.6%. At the time, economists attributed the decline to quirks in trade data.

But Thursday’s report showed more marked slowdown, with growth weighed down by declines in the housing market, business investment and government spending. Consumer spending grew at an annual rate of 1%, as people spent more on healthcare, accommodation and dining out, but cut back on goods and groceries.

Harvard professor Jeffrey Frankel previously served on the National Bureau of Economic Research committee, a group of academics that is charged with making the official declaration of recession. He said he did not think a recession started at the beginning of the year, noting the strong jobs growth. But after that he was less confident.

“Things have already slowed down, so I’m not saying that everything is great,” he said. “Odds of a recession going forward are substantially higher than for a random year.”

Prof. Frankel emphasized the significance of taking the labor market into account when determining the beginning of a recession, noting that some downturns, such as the burst of the dot com bubble in 2001, would not qualify as recessions under the two-quarters-in-a-row rule, despite the significant loss of jobs.

As more data are gathered, estimates of output in the enormous US economy are frequently updated dramatically. Recessions have been known to be removed, even in the UK.

Politics, at least historically, are unrelated to it, he continued.

He claimed that “any astute macroeconomist realizes that the US recession is not defined by a mechanical rule.” However, given the polarization of politics, there are people who are going to be cynical about it and assume the worst.”