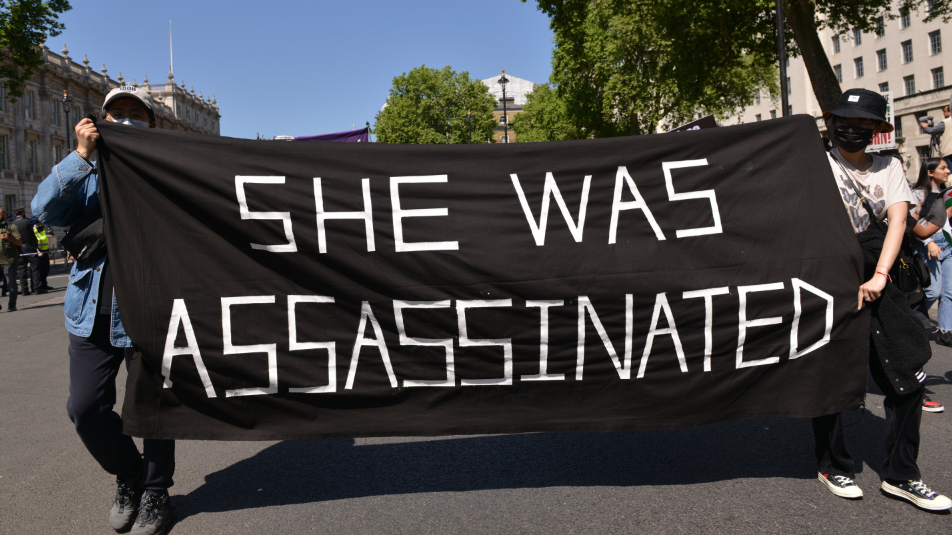 West News Wire: Shireen Abu Akleh, a Palestinian-American journalist, was killed, and US Secretary of State Antony Blinken promised that those responsible will be held accountable. Her family continues to call for justice and maintains that Israeli soldiers are to blame.

Blinken expressed his “deepest condolences” and pledged to “pursue accountability for her sad killing” after visiting with Abu Akleh’s family on Tuesday, but he did not elaborate on what other actions might be done.

In relation to Abu Akleh’s death, the State Department later emphasised “the priority we take to accountability,” but Ned Price provided few other specifics on how the White House planned to proceed or what was addressed during the meeting with Blinken.

A veteran Al Jazeera journalist, Abu Akleh was shot dead while covering an Israeli raid on a refugee camp in the occupied West Bank last May, despite wearing prominent markings indicating she was a member of the press.

While the United Nations, along with media outlets and humanitarian organizations, investigated the incident and concluded Abu Akleh was killed by Israeli fire, an official US probe said it “could not reach a definitive conclusion” about who pulled the trigger. The report acknowledged Israeli forces were “likely responsible,” but said there was no evidence she was intentionally murdered, in line with later comments from Israeli officials.

The journalist’s family was highly critical of the American investigation, saying they were “incredulous” about its inconclusive findings, and continue to press for consequences for Abu Akleh’s killer.

Following Tuesday’s meeting with Blinken, the journalist’s niece, Lina Abu Akleh, stated that while the official “made some commitments on Shireen’s killing,” her family is “still waiting to see if this administration will meaningfully answer our calls for justice for Shireen.”

“[Secretary Blinken] told us that he has a duty to protect every US citizen. We will hold him to this,” she continued. “Nothing short of a US investigation that leads to real accountability is acceptable, and we won’t stop until no other American or Palestinian family endures the same pain we have.”

Blinken is said to have brought up the problem informally during a call with Israeli Prime Minister Yair Lapid earlier this month, according to reports. The Joe Biden administration hasn’t made many public pronouncements about whether it has pressured Israeli officials on the issue. However, according to Israeli officials contacted by Axios, the government has no further plans for the matter beyond the current military probe, and criminal charges are not probable.

Initially speculating that a Palestinian militant shot and murdered the journalist, the Israeli military later claimed that it was impossible to identify the shooter. However, it was “conclusively” claimed that Israeli soldiers did not purposely shoot at Abu Akleh during the operation and had “no desire to hurt” her.