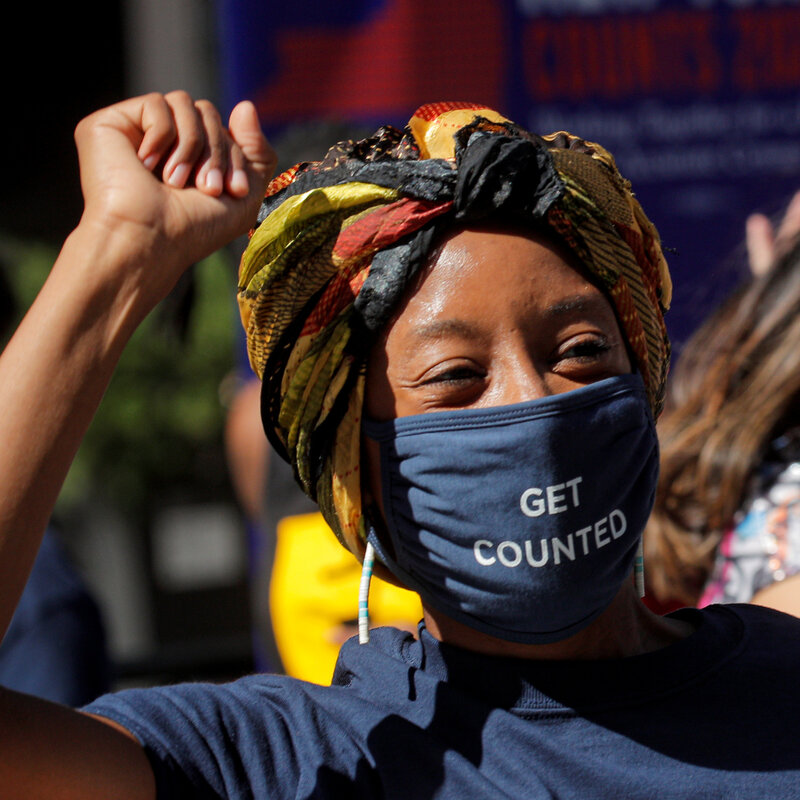 The once every decade census is used to establish legislative maps in each of the 50 US states, as well as to help allocate billions of dollars in federal expenditures for everything from public housing to health care and highway building.

According to Census Bureau statistical assessments designed to test the integrity of the census data, the census has overcounted white individuals while undercounting people of colour for decades, but both patterns accelerated during the 2020 census.

The count of the Latino population was likely 5 percent too low, more than three times the undercount estimated for the 2010 census, the bureau said on Thursday.

More than 3 percent of Black people were not included, while Native Americans and Native Alaskans on reservations were undercounted by more than 5 percent, both worse than in 2010. Non-Hispanic white people and Asians were overcounted, the bureau said.

The results likely signal the US population has become even more ethnically diverse and urban than the official 2020 results showed, and the white majority has grown smaller. The census results published last year showed an increasingly diverse nation, with the non Hispanic white population declining for the first time in history.

The 2020 census faced several challenges, including the coronavirus pandemic, which forced the bureau to suspend its door-to-door operations temporarily and may have made some households more reluctant to speak to interviewers.

Despite a well-financed campaign, Native Americans had expected those living on about 300 reservations across the US to be undercounted again.

“At the end of the day when you have your whole religious calendar that has been discontinued, when you are looking at ‘How do I support this huge health risk in my community,’ it really wasn’t at the forefront of everyone’s minds,” said Ahtza Chavez, executive director of NAVA Education Project, which led the New Mexico Native Census Coalition.

Demographics experts have said an ultimately unsuccessful effort by former President Donald Trump to ask census respondents whether they were US citizens may have dissuaded Latino populations from responding.

“The 2020 Census continued to undercount some race and ethnic groups while overcounting others,” Timothy Kennel, assistant division chief for statistical methods, told reporters at a virtual news conference. “Even with the limitations, the 2020 census data are fit for many uses and decision-making.”

Prior to the census, civil rights groups had warned that marginalized communities across the US would be at risk of losing access to services if they were not accurately counted.

They had accused the Trump administration of seeking to politicise the process and curb the participation of minorities for political gain.

The political balance among states in the 435-member US House of Representatives shifted after the 2020 Census resulted in Texas, Florida, North Carolina, Oregon and Montana gaining seats from population growth, while California, New York, Illinois, Pennsylvania, Ohio, Michigan and West Virginia lost seats.

Data released on Thursday included only national estimates. A more detailed state-level analysis is expected in a few months.