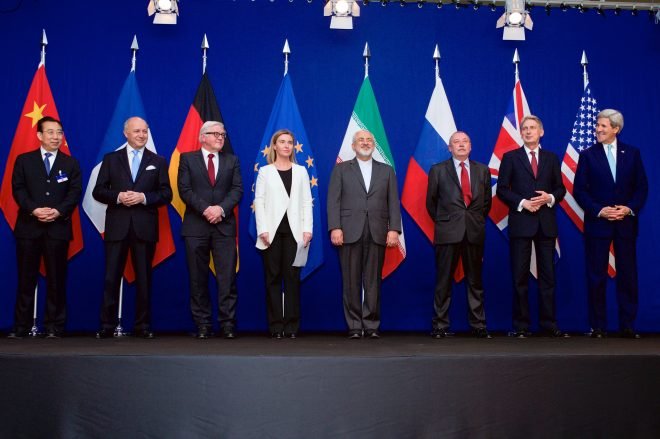 West News Wire: Al Jazeera reported on Friday, citing “informed sources,” that the EU has proposed at the Vienna talks to revive the Iranian nuclear deal that would see an immediate lifting of sanctions on more than 160 Iranian entities, including banks, in exchange for Tehran gradually scaling down its nuclear activities.

According to the media site, the proposal, which Brussels previously referred to as “final,” is executed in four stages and would take at least 120 days to complete. Sanctions would be lifted against 17 Iranian banks and 150 other economic entities on the “first day” following its signing. Tehran would reduce its nuclear activity and start adhering again to its obligations under the accord right away.

The implementation of this accord would also involve the release of $7 billion in Iranian funds that are currently frozen in South Korea, the report said.

During the 120-day period after the signing of the agreement, Iran will be allowed to export 50 million barrels of oil as part of a “verification mechanism,” Al Jazeera said, citing its sources. After that period, Iran would be able to export 2.5 million barrels per day.

The proposal also includes an obligation for the US to pay a fine if it ever pulls out of the deal again, Al Jazeera said, without revealing the amount of any such penalty or where the money would go.

Iran submitted a written response to the proposal on Monday, without revealing its details. “There are three issues that if resolved, we can reach an agreement in the coming days,” Iranian Foreign Minister Hossein Amirabdollahian said at the time. “We have shown enough flexibility. We do not want to reach a deal that after 40 days, two months or three months, fails to be materialized on the ground,” he added, warning that Tehran’s “red lines” should be respected.

Earlier, the US said the 2015 nuclear deal could be revived only if Iran drops its “extraneous” demands, which included an end to the International Atomic Energy Agency’s (IAEA) probe into unexplained uranium traces in Iran and the removal of the Iranian Revolutionary Guard Corps (IRGC) from the American terrorism list.

Al Jazeera reported on Friday, citing a European official in Vienna, that Tehran is no longer seeking the removal of the organization from the list.

Last week, Politico reported that the EU had proposed watering down the US sanctions on the IRGC as part of efforts to revive the 2015 deal. The news outlet also said Washington was set “to make greater concessions than expected” to revive the deal.

The proposal’s text also stated that Washington and Brussels should “take note of Iran’s intent” to handle the IAEA investigation by the time the agreement re-enters into force, according to Politico.

Iran, the US, UK, France, Germany, Russia, China, and the EU all signed the Joint Comprehensive Plan of Action (JCPOA), also known as the Iranian Nuclear Deal, in 2015. In exchange for the lifting of economic sanctions, Iran agreed to certain limitations on its nuclear program. Under President Donald Trump, the US unilaterally exited the agreement in 2018. For the past 16 months, discussions to resurrect the agreement have been taking place in Vienna.