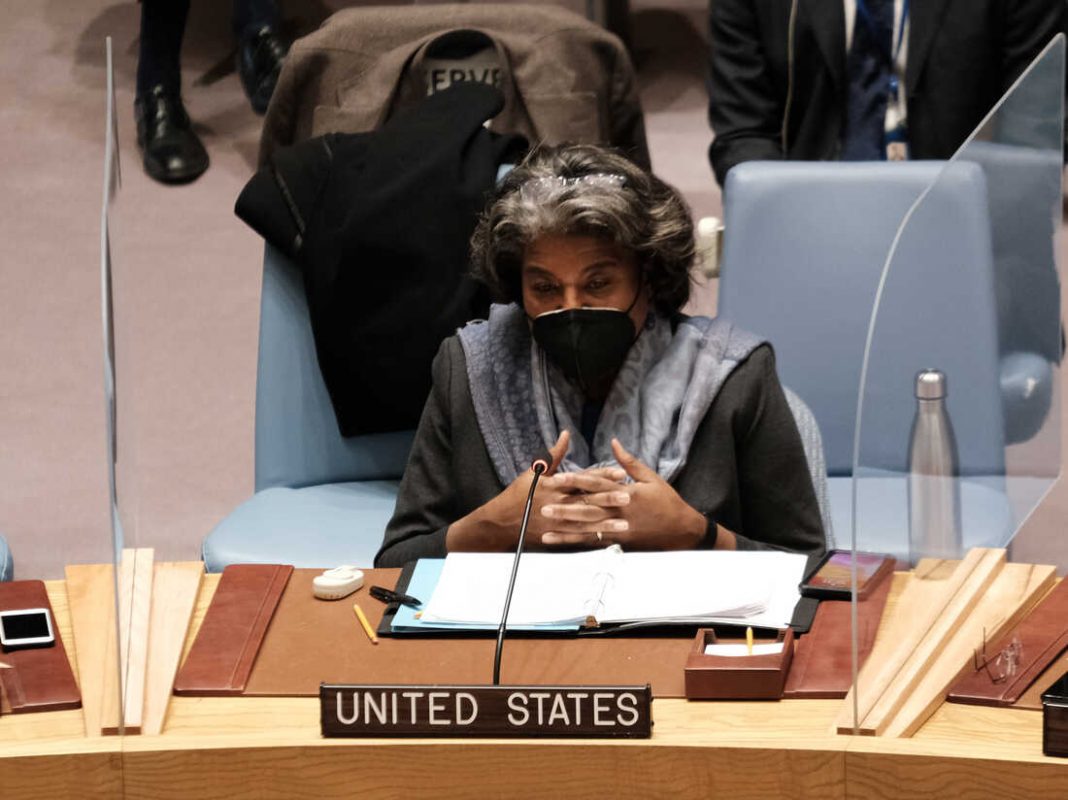 West News Wire: According to diplomats, the US has sought a meeting of the UN Security Council (UNSC) later this week to discuss North Korea, as Washington pushes the 15-member council to deepen sanctions against Pyongyang.

According to diplomats, Washington, which holds the UNSC chair for the month of May, has been mulling convening a meeting since late last week.

North Korea has increased its missile launches in recent months, conducting 15 tests so far this year in a show of power that has alarmed the country’s neighbours and US President Joe Biden’s administration.

The latest test was on Saturday, when Pyongyang fired a ballistic missile from a submarine.

The launch came just days before South Korean President-elect Yoon Suk-yeol, who has promised to take a hard line against North Korea, is set to be sworn in on Tuesday.

The US’s ambassador to the UN, Linda Thomas-Greenfield, said the country would like the Security Council to vote during May to further sanction North Korea. But China and Russia, which both hold veto power on the council, have signalled that they are opposed to further action.

“It is a challenge, it is a threat to international peace and security that the UN Security Council and its members have recognised in the past,” US Department of State spokesman Ned Price told reporters last week, about North Korea’s test launches.

“So we’re not going to get ahead of any steps that the UN might take or the UN Security Council might take, but we do think that accountability is important,” Price said.

“We do think it’s vital that the international community, our allies as well as partners around the world, send a very clear signal to [Pyongyang] that these types of provocations won’t be tolerated, they won’t improve its strategic positioning, and the world will respond accordingly.”

Another State Department official also said on May 6 that the US believes North Korea is “preparing its Punggye-ri test site and could be ready to conduct a test there as early as this month”.

North Korea has been subjected to UN sanctions since 2006, which the UNSC has steadily stepped up over the years in a bid to cut off funding for Pyongyang’s nuclear weapons and ballistic missile programmes.