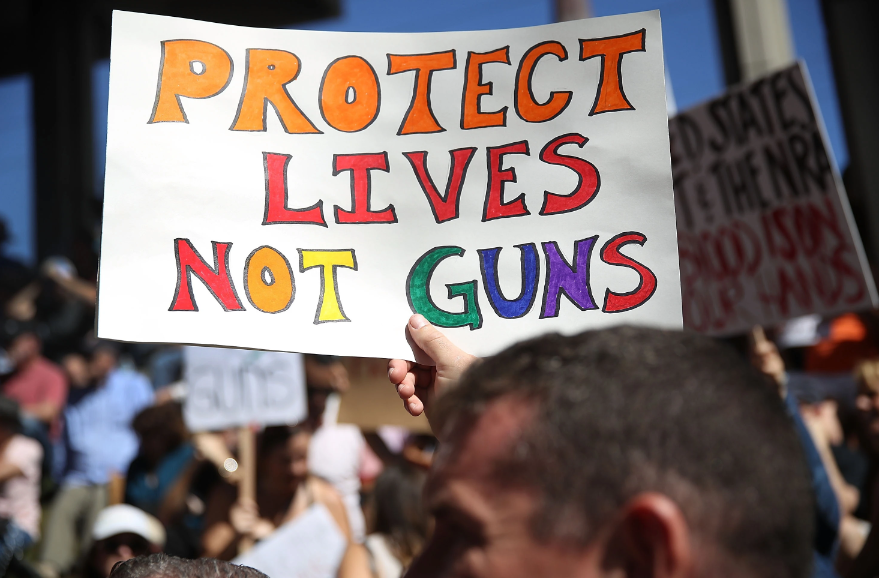 West News Wire: For the first time in nearly 30 years, a bipartisan group of lawmakers in the United States has reached an agreement on major gun control legislation, paving the way for a vote in the Senate by the end of the week.

The 80-page bill was released on Tuesday and includes provisions to tighten background checks on young people purchasing weapons, increase background checks, and temporarily remove weapons from those deemed a danger to others or themselves.

It passed an initial procedural hurdle by a vote of 64-34, with 14 Republicans joining all 48 Democrats and two allied independents in support.

“I believe that this week, we will pass legislation that will become the most significant piece of anti-gun-violence legislation Congress will have passed in 30 years. This is a breakthrough,” Senator Chris Murphy, the lead Democrat in the talks, said on the Senate floor. “And more importantly, it is a bipartisan breakthrough.”

Senate Majority Leader Chuck Schumer pledged to move forward as soon as possible, with an expected motion to proceed.

“This bipartisan gun-safety legislation is progress and will save lives. While it is not everything we want, this legislation is urgently needed,” Schumer said in a statement.

The agreement, albeit watered down, marks a breakthrough in the divisive debate over gun control legislation which has continued despite years of mass shootings, most recently at a primary school in Uvalde, Texas, where an 18-year-old gunman shot dead 19 children and two teachers.

Under the bill, there will also be tougher penalties on gun traffickers while states and communities will be given financial support to improve school safety and mental health initiatives.

But Republicans blocked the more potent proposals supported by President Joe Biden and that Democrats have pushed unsuccessfully for years. These include banning assault-type weapons or raising the minimum age for buying them, prohibiting high-capacity magazines, and requiring background checks for virtually all gun sales.

The murders in Uvalde, which came just a week after an 18-year-old gunman killed 10 Black shoppers in a racist attack at a supermarket in Buffalo, New York, appear to have convinced Democrats and some Republicans that some action was necessary.

Senate Minority Leader Mitch McConnell voiced his support for the measures, calling the bill “a commonsense package of popular steps that will help make these horrifying incidents less likely while fully upholding the Second Amendment rights of law-abiding citizens”.

The National Rifle Association, which has spent decades pushing back against gun control, expressed its opposition.

“It falls short at every level,” the lobby group claimed. “It does little to truly address violent crime while opening the door to unnecessary burdens on the exercise of Second Amendment freedom by law-abiding gun owners.”

The bill will need support from at least 10 Republicans to reach the 60-vote threshold major bills require in the 50-50 Senate.

Senator John Cornyn, the lead Republican negotiator in the bipartisan talks, held out hope the legislation would succeed.

“We know there’s no such thing as a perfect piece of legislation. We are imperfect human beings. But we have to try, and I believe this bill is a step in the right direction,” Cornyn said on the Senate floor.

Congress prohibited the sale of assault-type firearms in 1993 in a ban that expired after a decade the last substantial legislation addressing gun violence.