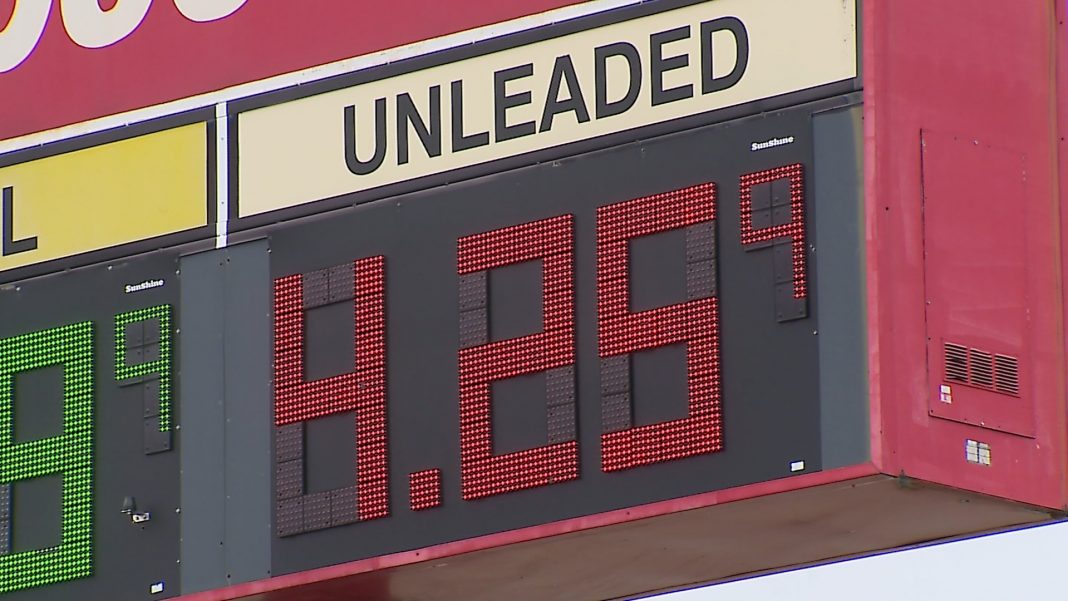 Despite his best efforts, he believes his family-owned company’s output will shrink this year for the third year in a row.

Pantera Energy hasn’t invested in new production in years, since money dried up when energy prices plummeted early in the pandemic, notoriously dipping below zero at one time.

Now, like many other businesses in the United States and around the world, he is facing significant delays while he searches for supplies and personnel to complete the projects.

“Our job is to attempt to generate as much as we possibly can,” he explains. “We’re just so far behind.”

It’s just one of the signs coming from the US the world’s biggest oil and gas producer that the high energy prices hitting households may be here to stay.

Since the start of 2021, prices for oil and gas have jumped roughly two-fold or more, as demand roars back from the shock of 2020 Covid lockdowns.

The war in Ukraine, which has pushed countries in the West to shun Russian energy supplies, has only sharpened their climb.

As the market heats up, forecasts suggest US production will increase by about one million barrels per day this year.

But that’s less than 10%, not enough to meet the rise in demand and a far cry from the response the last time prices were this high, in 2014, when US oil output jumped 20% and the fracking revolution was in high gear.

The muted response reflects companies constrained by rising costs and shortages of key materials, equipment and staff as well as by longer term questions from investors about how much oil and gas will be needed as the world tries to move away from polluting fossil fuels in response to climate change.

Mike Wendt, an engineer at oil exploration firm Lone Star Productions, says his firm has several new projects in the works, but hasn’t been able to find the steel pipes it needs, leading to delays and rising costs.

“We’re going to be drilling as quickly as we can, but we have all these supply and demand issues, and that’s kind of throttling the market,” he says.

Investors are pushing companies to share profits now, instead of making long term investments, given uncertainty over demand as the world pushes to shift away from fossil fuels, says Raoul LeBlanc, vice president at S&P Global.

“Politicians and industry are now really flogging the idea that we must save Europe with our oil and gas,” says James Gunvalden Klaassen, a lawyer at EcoJustice, which has sued over aspects of the Pieridae project.

“We’re resorting to 20th century solutions and we already know that those don’t work,” he says.

The Pieridae natural gas terminal, for example, would not be ready to ship natural gas until 2027 doing little to address the current crisis, he says,

“They way to achieve energy security in Europe and Canada and the US is to develop sustainable energy sources,” he says. “That can be done and should be, must be.”