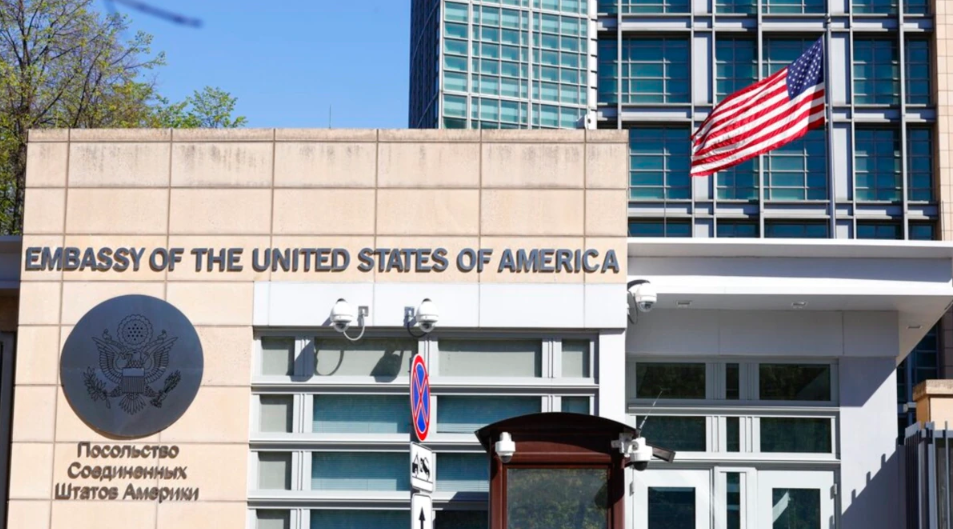 West News Wire: To avoid being enlisted in the Russian military, US citizens in Russia are urged to leave the nation as soon as possible, the US Embassy in Moscow said in a security notice on Tuesday.

The embassy issued a warning that Russian authorities may refuse to recognize those who hold dual Russian-US citizenship and may prevent them from receiving US consular aid, citing the ongoing partial mobilization that the Russian government announced last week. Additionally, it issues a warning that dual citizens would face restrictions on travel and might possibly face military conscription.

The warning advises US citizens to make “independent arrangements” to leave the country “as soon as feasible,” noting that doing so is becoming more challenging due to crowded border checks and flights out of Russia are “extremely limited” at the moment.

The embassy also warns that “severe limitations” have impacted its ability to assist US citizens, and that conditions in Russia, including transportation options, may “suddenly become even more limited.”

“US citizens should not travel to Russia and those residing or travelling in Russia should depart Russia immediately while limited commercial travel options remain,” the security alert reads.

The US embassy’s warning comes after Russian President Vladimir Putin announced a partial mobilization last week, which aims to conscript some 300,000 reservists across the country to help control Russian-held areas and the 1,000-kilometer contact line with Kiev’s forces in Ukraine.

Since the announcement, a number of military-aged Russian men have opted to flee the country to avoid the military draft. The sudden exodus has resulted in chaos at border checkpoints with neighboring countries that do not require a visa for visiting Russians, such as Kazakhstan and Georgia. Flights from Russia to states that do not require a visa have been sold out on the nearest dates.

The Russian government has clarified in a statement on its advisory website that it sees people with dual citizenship only as Russian nationals, meaning that they are expected to fulfill their military duty and are eligible for partial mobilization.