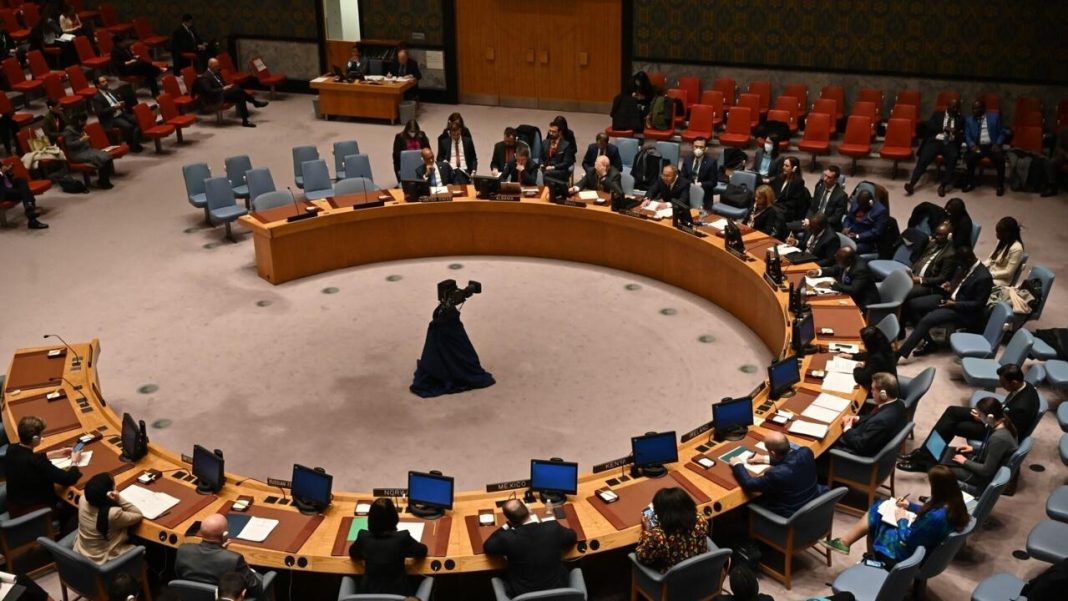 West News Wire: The first UN Security Council resolution on Myanmar in 74 years has been adopted, calling for an end to all forms of violence and for the military government of the nation to free all political prisoners, including democratically-elected leader Aung San Suu Kyi.

In February 2021, Suu Kyi’s elected government was overthrown by the military, who also imprisoned her and other officials. Since then, the military has used fatal force against pro-democracy demonstrations and opposition, killing thousands of people and imprisoning more than 16,000 others.

Along with India, China, and Russia, who have backed Myanmar’s military rulers since the coup, voted against the resolution at the UN on Wednesday. The resolution was approved by the powerful council’s remaining 12 members.

“Today we’ve sent a firm message to the military that they should be in no doubt we expect this resolution to be implemented in full,” the United Kingdom’s UN ambassador, Barbara Woodward, said after the vote.

“We’ve also sent a clear message to the people of Myanmar that we seek progress in line with their rights, their wishes and their interests,” Woodward said.

The only other resolution concerning Myanmar was adopted by the Security Council in 1948, when the body recommended the UN General Assembly admit the country then known as Burma as a member of the world body.

China’s UN ambassador, Zhang Jun, told the council after abstaining on the vote that “there is no quick fix to the issue”.

“Whether or not it can be properly resolved in the end, depends fundamentally, and only, on Myanmar itself,” he said.

He said China had wanted the Security Council to adopt a formal statement on Myanmar, not a resolution.

Russia’s UN ambassador, Vassily Nebenzia, said Moscow did not view the situation in Myanmar as a threat to international security and therefore believed it should not be dealt with by the UN Security Council.

Enormous internal public opposition to the military’s takeover of Myanmar has since turned into armed resistance some UN experts have characterised as “civil war”.

Last month, the Assistance Association for Political Prisoners, a rights monitoring organisation, said more than 16,000 people had been arrested on political charges in Myanmar since the military coup. Of them, more than 13,000 were still in detention.

The association also said at least 2,465 civilians had been killed since the military’s power grab, although the actual number is thought to be far higher.

Negotiations on the draft Security Council resolution began in September. The initial text seen by the Reuters news agency urged an end to the transfer of arms to Myanmar and threatened sanctions, but that language has since been removed.

Russia and China are two of the biggest suppliers of weapons to Myanmar’s military, with Beijing providing navy ships, aircraft, guns, and armored vehicles, while Moscow provides largely missiles and aircraft.

While praising the resolution, the organization Burma Campaign UK claimed that it would have “little practical impact” and that placing a worldwide arms embargo on Myanmar’s military should have been a “no-brainer first step.”

The resolution, according to the group’s director Mark Farmaner, “doesn’t even address the delivery of guns.”

While some Rohingya continue to be displaced in Myanmar, about 700,000 of them still reside there as refugees.