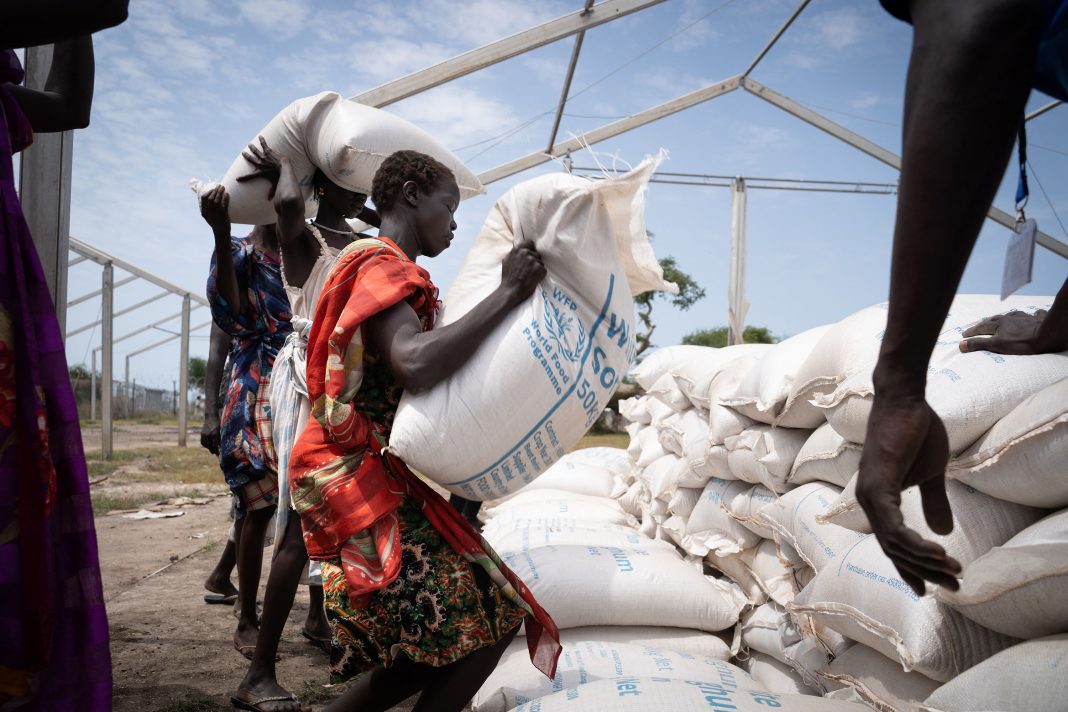 West News Wire: Because of the compounding effects of climate shocks, political turmoil, and rising global food prices, more than 30% of Sudanese people are currently facing a food crisis.

According to a joint report by the United Nations World Food Programme (WFP) and the Food and Agriculture Organization, 15 million people in all 18 provinces of the East African country are food insecure.

Acute food insecurity is defined as “when a person’s inability to consume sufficient food puts their life or livelihood in jeopardy.”

Living conditions rapidly deteriorated across cash-strapped Sudan since an October military coup sent an already fragile economy into free-fall, with the Russian invasion of Ukraine compounding the economic pain.

Funding levels fall short of meeting humanitarian needs in Sudan, where 40 percent of the population is expected to slip into food insecurity by September, the report said.

“We must act now to avoid increasing hunger levels and to save the lives of those already affected,” Rowe said.

In a separate statement, Plan International, Save the Children, UNICEF, and World Vision warned three million Sudanese children under the age of five suffer from acute malnutrition, and about 375,000 could die this year without treatment.

The October 25 military takeover upended Sudan’s transition to democratic rule after three decades of repression and international isolation under President Omar al-Bashir. Sudan has been on a fragile path to democracy since a popular uprising forced the military to remove al-Bashir and his government in April 2019.

Near-weekly protests since the coup led to a violent crackdown that has killed more than 100 people and wounded thousands. A protester was shot dead as anti-military protests flared in parts of Khartoum and nearby Omdurman on Thursday.

The coup also stalled two years of efforts by the deposed civilian government to overhaul the economy with billions of dollars in loans and aid from major Western governments and international financial institutions. Such support was suspended after the coup.

The report noted the West Darfur town of Kreinik, where tribal clashes claimed more than 200 lives in April, stands out as the most affected, with 90 percent of the townspeople facing hunger.

Sudan was plunged into an economic crisis when the oil-rich south seceded in 2011 after decades of civil war, taking with it more than half of public revenues and 95 percent of exports. It became an international pariah after it was placed on the US list of state sponsors of terrorism early in the 1990s, excluding it from the global economy and preventing loans from global institutions such as the International Monetary Fund.

Former President Donald Trump removed Sudan from the blacklist after the transitional government agreed to pay $335m in compensation for victims of attacks carried out by Osama bin Laden’s al-Qaeda network while he lived in Sudan. The removal also was an incentive for Sudan to normalise ties with Israel.