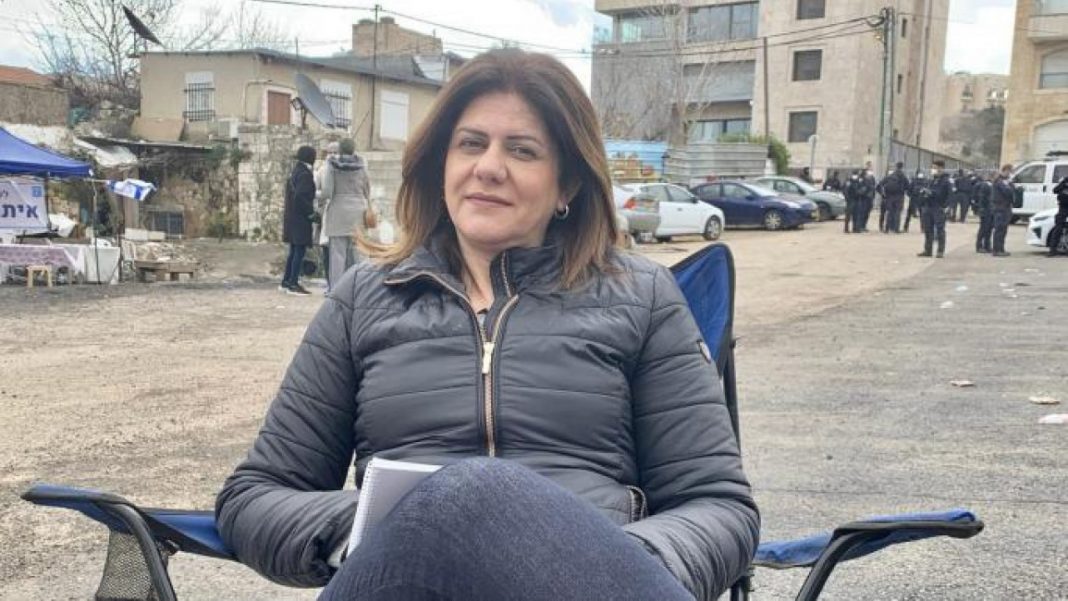 West News Wire: Shireen Abu Akleh, a veteran Palestinian journalist, was killed last month by bullets that, according to the Office of the UN High Commissioner for Human Rights (OHCHR), were fired by Israeli forces.

“The lack of a criminal investigation by Israeli authorities is extremely troubling. The UN Human Rights Office has finished its impartial investigation into the incident. As opposed to what Israeli authorities initially claimed, Israeli security forces fired the shots that struck Abu Akleh and her colleague Ali Sammoudi, killing Abu Akleh and injuring Sammoudi “Added Shamdasani

Stressing that the information came from the Israeli military and the Palestinian attorney general, the OHCHR’s spokeswoman said, “We have found no information suggesting that there was activity by armed Palestinians in the immediate vicinity of the journalists.”

Providing further details on the incident, Shamdasani said the OHCHR’s investigation had found that Abu Akleh and her fellow journalists had made a concerted effort to be visible as members of the press to Israeli soldiers positioned further down the street.

“The journalists said they chose a side street for their approach to avoid the location of armed Palestinians inside the camp and that they proceeded slowly in order to make their presence visible to the Israeli forces deployed down the street,” she said.

“Our findings indicate that no warnings were issued and no shooting was taking place at that time and at that location. Several single, seemingly well-aimed bullets were fired towards them [the journalists] from the direction of the Israeli security forces.”

Read More
How Close Is Saudi Arabia To A Normalization Deal With Israel?

Shamdasani underlined that bullets continued to be fired at an unarmed man who tried to come to Abu Akleh’s aid, as well as a journalist who was sheltering behind a tree.

Abu Akleh, a well-known Palestinian journalist for the Qatar-based and Arabic-language Al Jazeera television news network, was killed on May 11 while covering an Israeli army raid on the Jenin refugee camp in the northern part of the occupied West Bank.

In video footage from the incident circulated widely online, Abu Akleh could be seen wearing a blue flak jacket marked with the word “PRESS” when being shot by Israeli troops, exposing the gruesome nature of the daylight murder.

The veteran Palestinian reporter was shot and killed by Israeli forces, according to numerous witnesses, and investigations by numerous media outlets also supported this claim.

Michelle Bachelet, the head of the OHCHR, has urged Israel to launch a criminal investigation into the death of Abu Akleh as well as any other deaths carried out by Israeli forces in the West Bank and during military operations in the besieged Gaza Strip.

At first, Israeli officials including Prime Minister Naftali Bennett said Abu Akleh might have been killed by Palestinian gunmen. Later, the regime changed its position and admitted that it was impossible to completely rule out the possibility that an Israeli soldier had fired the shot.

Tel Aviv has yet to conclude whether anyone will face criminal charges over the killing, and has avoided releasing findings from an internal investigation.