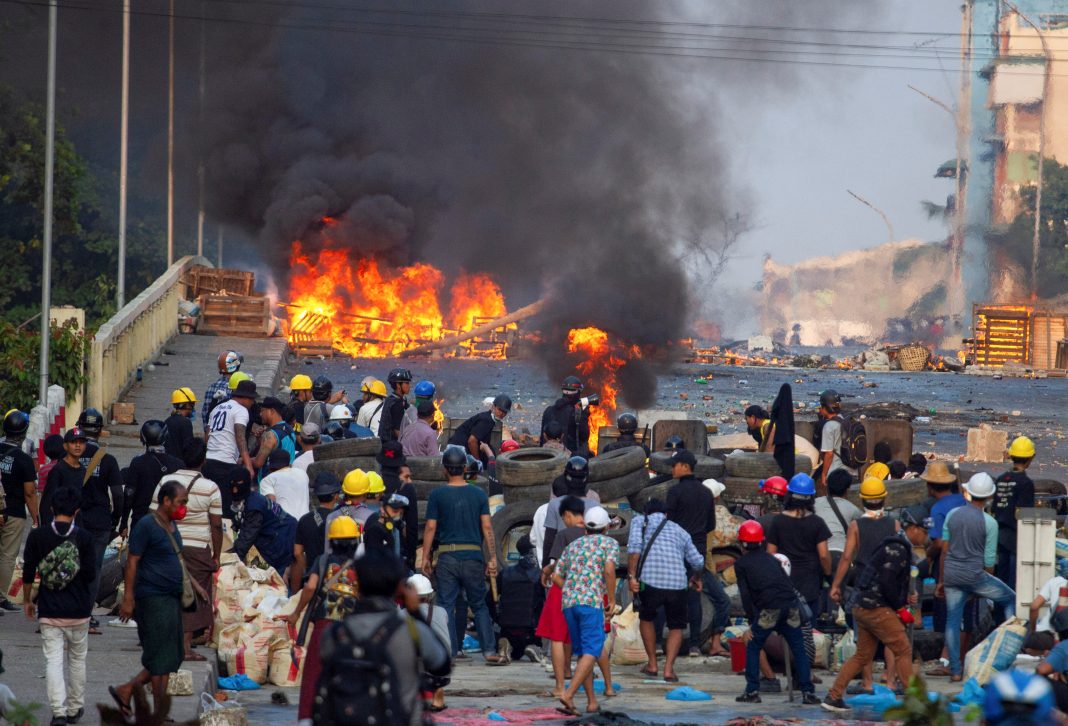 West News Wire: The number of people killed in the military’s crackdown on its opponents has surpassed 2,000, prompting a UN expert to urge the international community to take additional action to address the crisis in Myanmar that was brought on by the coup last year.

At the conclusion of an eight-day visit to Malaysia, Tom Andrews, the UN Special Rapporteur on the situation of human rights in Myanmar, issued a statement in which he stated that “too much is at stake for Myanmar and its people to accept complacency and inaction by the international community.”

“Junta forces have killed more than 2,000 civilians, detained more than 14,000, uprooted more than 700,000 people, caused well over one million people to become internally displaced, and thrown the nation into a humanitarian and economic crisis that threatens the lives and wellbeing of millions.”

“The military’s attacks on the people of Myanmar constitute crimes against humanity and war crimes. No one has been spared the impact of the military’s violence.”

Andrews welcomed Malaysia’s attempts to push the Association of Southeast Asian Nations (ASEAN) to take a stronger stance on the crisis, including engaging with the National Unity Government (NUG), which was set up by elected politicians who were thrown out of office in the coup and other opponents of the military.

ASEAN, which admitted Myanmar as a member in 1997, has been leading diplomatic efforts to resolve the situation but has been criticised for failing to enforce the “five-point consensus” that it agreed with military chief and coup leader Senior General Min Aung Hlaing in April 2021.

Malaysia’s foreign minister Saifuddin Abdullah has called on ASEAN to move from a policy of “non-interference” to one of “non-indifference”. ASEAN’s special envoy is expected to visit Myanmar again next week.

The Assistance Association for Political Prisoners (AAPP), which has been monitoring the crackdown in Myanmar since the coup, said on Wednesday that more than 2,000 civilians had been killed since the coup, with rights groups warning the actual death toll was likely to be much higher.

He said he had met some of the thousands of people from Myanmar who have sought safety in Malaysia, including recent arrivals.

“They provided me with firsthand accounts of what they witnessed or directly experienced.  These stories, without exception, emphasized the terror that is raging across the country,” he said.

“A young woman told me: ‘You are walking on a path that you don’t know, towards a place you don’t know, and you could die on the way but you still go forward because the persecution is worse behind you’.”

According to the UN refugee agency, at the end of May, Malaysia was home to about 182,960 refugees, about 86 percent of them from Myanmar, but as the country is not a signatory to the UN convention on refugees they are unable to work or send their children to school, and run the risk of detention.

The UNHCR has been unable to access immigration detention centres since 2019. Andrews said he was also not able to visit, but was “deeply concerned by reports that hundreds of children” were being held in the facilities. In April, six Rohingya including two children were run over on a nearby highway after they escaped a facility in northern Malaysia where they were being held.

Andrews said those who fled Myanmar told him of the challenges they faced in Malaysia, including instances of extortion by police officers. Some told him they were afraid to walk the streets because they feared arrest.

“Let me be clear, refugees from Myanmar are here because they were forced to come here. Their inability to return to their homes in Myanmar is directly linked to the military junta’s human rights violations and war against the people of Myanmar. It is impossible to address issues related to those seeking refuge in Malaysia and other nations in the region without directly and effectively addressing the crisis inside of Myanmar,” Andrews said.

The UN rapporteur also stressed that under “no circumstances should anyone who has fled Myanmar be refouled back to Myanmar”.

Shortly after the coup, Malaysia deported more than 1,000 Myanmar nationals despite a last-minute court order barring their removal. Just under 200 people avoided being sent back, but their situation remains unclear.

Malaysia’s immigration department said those who were sent back were not asylum seekers or refugees, and had expressed a willingness to leave.