wnw24
Home Politics UN chief at COP27: World is on ‘highway to hell’ 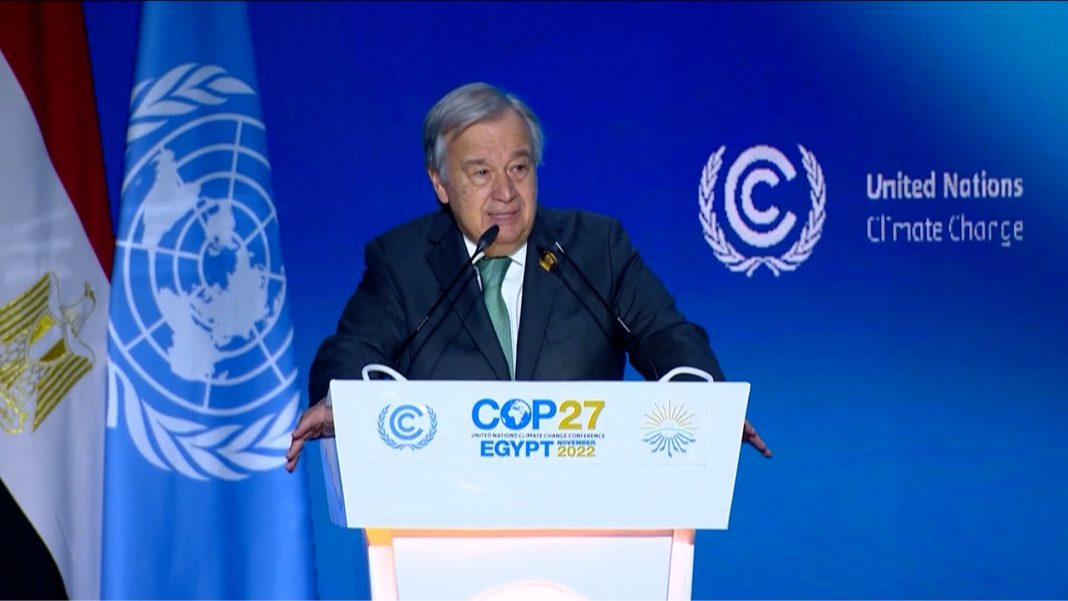 As delegates met to discuss ways to resist change in the midst of an ongoing armed confrontation between Russia and Ukraine, rising global inflation, and energy shortages, Guterres said, “Humanity has a choice: cooperate or perish.”

In order to hasten the transition away from fossil fuels, Guterres insisted that the world’s richest and poorest nations must come together to form a pact. He specifically mentioned China and the United States as two nations that have a “particular responsibility to join efforts to make this pact a reality.”

“Greenhouse gas emissions continue to increase. The earth’s temperature is increasing. And our planet is fast approaching tipping points that will make climate chaos irreversible,” Guterres said, proclaiming that “we are on a highway to climate hell with our foot on the accelerator.”

The UN chief’s warnings were seconded by former US vice president Al Gore, who also emphasized the need to end the reliance on fossil fuels. “We must see the so-called ‘dash for gas’ for what it really is: A dash down a bridge to nowhere, leaving the countries of the world facing climate chaos and billions in stranded assets, especially here in Africa,” he said.

Guterres also pointed out that the world must achieve net zero emissions by 2050 if the signatories of the 2015 Paris Climate agreement wish to achieve their long-term goal of keeping global temperatures from rising by more than 1.5 degrees above pre-industrial levels.