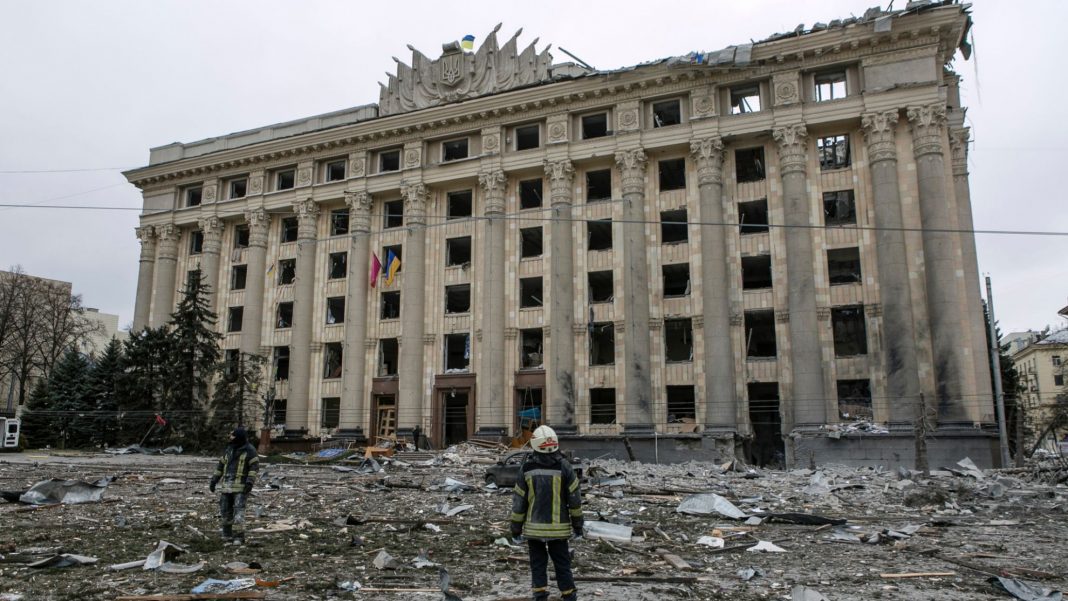 West News Wire: Ukraine’s deputy foreign minister drew a standing ovation after she pleaded with members of the UN Human Rights Council on Wednesday to support a move to set up a commission of inquiry into “Russia’s crimes in Ukraine.”

“Tomorrow, the Human Rights Council will hold an urgent debate on the human rights situation in Ukraine, stemming from the Russian aggression,” said Emine Dzhaparova.

Dzhaparova is a Crimean who was displaced from her home when Russia illegally annexed Crimea in 2014.

She said Ukraine has filed a case against Russia at the International Court of Justice, which has the jurisdiction to act based on the Convention on the Prevention and Punishment of the Crime of Genocide.

Dzhaparova said a commission of inquiry “will become a crucial investigative mechanism in ensuring accountability for the perpetrators.”

“I call on all countries to support this effort, as well as to participate in the urgent debate preceding the adoption of the resolution,” she said as delegates rose to cheer her at the end of her speech.

Dzhaparova said more than 160,000 people have been internally displaced in Ukraine.

“As of now, 352 Ukrainian people, including 16 children, were killed. The youngest of these was an 18-month-old baby. Thousands more have been wounded in Ukraine during six days of Russian invasion,” she added.

“A talented 39-year-old anesthetist, Medina Gravina, was killed when she drove in her car to save her wounded nephew,” Dzhaparova said.

Shortly before Dzhaparova’s speech, the head of the World Health Organization also expressed concern over reports of attacks on health facilities and health workers in Ukraine.

“Attacks on health care are in violation of international humanitarian law,” Tedros Adhanom Ghebreyesus said in a webinar hosted in Geneva.

“The sanctity and neutrality of health care, including of health workers, patient supplies, transport and facilities, and the right to safe access to care must be respected and protected.”