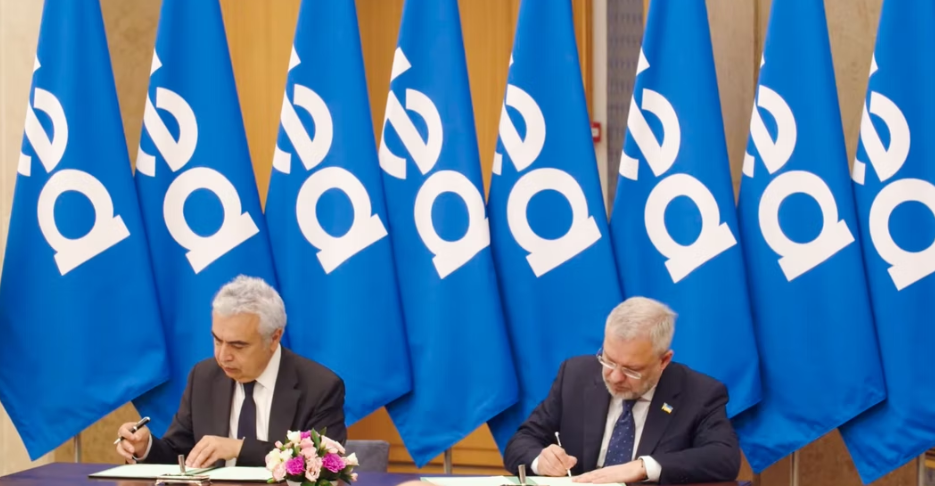 West News Wire: The US-aligned International Energy Agency (IEA) has welcomed Ukraine as an association member, according to the watchdog, bringing Kyiv closer to the mainly Western nations that oppose Russia’s incursion.

The Paris-based IEA is made up of 31 major energy-consumption members, including most major economies including the US, UK, Germany, France, and Japan, but excluding Russia. It also has a second group of 11 “associate states,” which includes nations like China, India, and Indonesia.

“We are further strengthening the relationship to support Ukraine’s significant reconstruction needs and help it build a new energy future in these particularly challenging times following Russia’s unprovoked invasion,” IEA executive director Fatih Birol said on Tuesday during a signing ceremony in Warsaw.

“Ukraine plays a crucial role in Europe’s energy security and beyond,” he added.

Russia has cut off or reduced natural gas supplies to several countries in Europe, including Poland, in retaliation for sanctions on Moscow.

There are also fears that a key natural gas pipeline from Russia to Germany will not reopen after scheduled maintenance this week. A further drawdown in flows of natural gas used to power industry, generate electricity and heat homes threatens European efforts to refill storage for the cold months and avert an economic crisis.

“When there is not enough gas [due to cuts by chief supplier Russia], Europe may be called to show the full strength of its union,” Birol said.

Birol and Ukraine’s Minister of Energy German Galushchenko signed the documents in the capital of Poland, which supports neighbouring Ukraine in its fight and has taken in millions of refugees from the war.

Such a decision would allow Ukraine to work closer with the IEA on data-sharing, analysis and best practices as well as managing energy demand. It also will support Ukraine’s reconstruction efforts.

Galushchenko said his country wants to rebuild its energy system in a new way, using the most advanced technologies, and that the support of the IEA may be crucial for the task.

Birol said he was impressed with the unanimous support that all member governments gave last month to Ukraine’s application and to bring it into the “IEA family”.