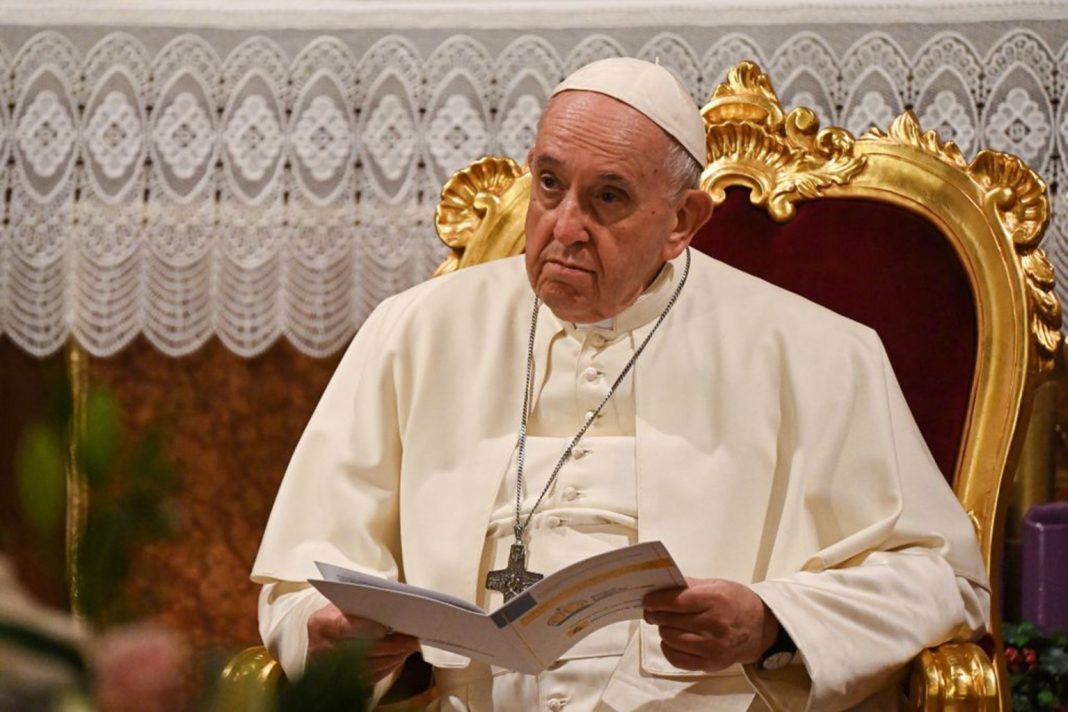 West News Wire: On Sunday, Pope Francis termed Russia’s “military action” in Ukraine a “war” that is producing “death, damage, and sorrow,” and announced that two cardinals will be dispatched to the country. Francis already not criticizing Russia and President Vladimir Putin for the carnage.

“”Rivers of blood and sorrow are flowing in Ukraine,” the Pope remarked during a Sunday address in St. Peter’s Square, according to sources. “This isn’t just a military operation; it’s a war that’s causing death, damage, and misery,” he said “Francis went on to say that Moscow described the fight as a military operation rather than a traditional “war.”

“War is folly; please stop, look at this brutality!” he exclaimed, as he announced to the faithful that he would send two cardinals to the war-torn country.

Before the outbreak of hostilities in Ukraine, Francis called repeatedly for peace, but refused to publicly call out Russia as an aggressor. Likewise when fighting broke out earlier this month he stuck to the Vatican’s traditional neutrality, calling for the evacuation of civilians from combat zones, urging both Russia and Ukraine to negotiate, and offering his services as a mediator.

Francis has spoken to Ukrainian President Volodymyr Zelensky by phone, and last week met with Russia’s ambassador to the Holy See. However, a readout of the meeting simply said that Francis visited the ambassador to “express his concern about the war.”

Referring to the conflict as a “war” is the closest Francis has come to ascribing blame to Russia.

The pope’s neutrality isn’t shared by all of the Vatican’s top officials. In interviews with several Italian newspapers this week, Vatican Secretary of State Cardinal Pietro Parolin described the war as being “unleashed by Russia against Ukraine,” AP reported. Elsewhere, some European Catholics have taken a similarly accusatory tone.

The head of the Polish bishops’ conference, Stanisław Gądecki, wrote to the Head of the Russian Orthodox Church, Patriarch Kirill, this week, urging Kirill to “appeal to Vladimir Putin to stop the senseless warfare against the Ukrainian people.”

“I ask you in the most humble way to call for the withdrawal of the Russian troops from the sovereign state that is Ukraine,” he continued, asking Kirill “to appeal to Russian soldiers not to take part in this unjust war.”

Pope Francis is not the only international figure to offer to mediate between Ukraine and Russia. After two rounds of peace talks between Russian and Ukrainian officials in Belarus failed to halt fighting, Israeli Prime Minister Naftali Bennett flew to Moscow on Saturday for talks in the Kremlin with Putin, before speaking to Zelensky by phone.