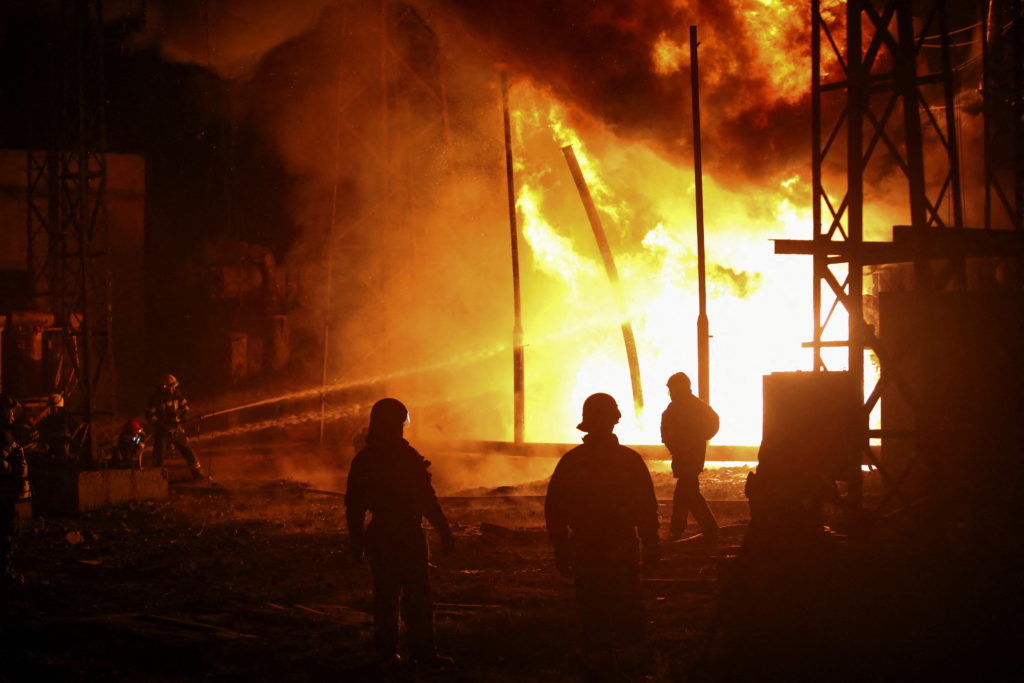 West News Wire: According to Ukraine, a fresh round of Russian air and naval cruise missile strikes had attacked the nation “from numerous directions.”

A barrage of rockets strikes using strategic planes and ships to launch airborne and sea-based cruise missiles at Ukraine from a variety of angles, “The Air Force of Ukraine stated on social media.

Mayor of Kiev Vitali Klitschko urged citizens to stock up on water and warned of potential power outages following the attacks.

He added that the attacks on the capital had left three persons injured.

According to Mayor Andriy Sadoviy, explosions were also recorded in the western city of Lviv, which was largely left without electricity after the attacks.

Russia has previously denied remarks made by Ukrainian authorities that it is targeting civilian infrastructure, saying its forces only target military-linked facilities.

Ukraine’s presidential adviser Mykhailo Podolyak said in a message on Twitter that more than 120 missiles had been fired at the country.

“We’re waiting for further proposals from ‘peacekeepers’ about (a) ‘peaceful settlement,'” he wrote on Twitter, referring to Russia’s calls for a solution to the end the war in Ukraine.

Kremlin spokesman Dmitry Peskov said on Wednesday that any proposal to end the war must take into account “today’s realities,” in reference to the annexation of four Ukrainian regions by Russia.

Russia’s war on Ukraine started in late February, with Moscow saying that it was aimed at defending the pro-Russia population in the eastern Ukrainian regions of Luhansk and Donetsk against alleged persecution by Kiev. Russian President Vladimir Putin said at the time that the offensive was meant to “de-Nazify” Ukraine.

Ukrainian officials have repeatedly said they will not negotiate over territory overtaken by Russia, including the four regions that Moscow has annexed.