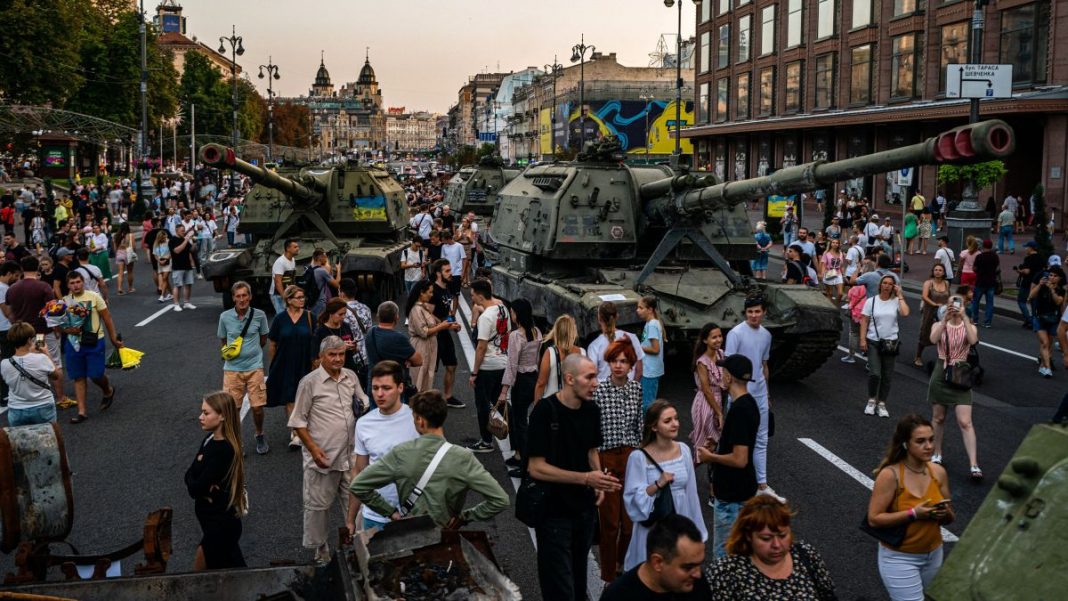 West News Wire: According to a report from the area’s military administration, big public events, demonstrations, and other gatherings associated with Ukraine’s Independence Day anniversary have been outlawed in Kyiv owing to the potential for Russian rocket attacks.

The precaution, which will last from Monday through Thursday, was taken in response to concerns that Moscow would step up its attacks in time for the annual holiday, which is on Wednesday.

Officials in other parts of Ukraine have also taken moves to restrict celebrations. In Kharkiv, a northeastern city that has come under frequent and deadly longer-range artillery and rocket fire, Mayor Ihor Terekhov announced an extension to an overnight curfew to run from 4pm to 7am (13:00 to 04:00 GMT) effective from Tuesday to Thursday.

Meanwhile, in the southern port city of Mykolaiv, regional Governor Vitaliy Kim said authorities were planning a precautionary order for residents to work from home on Tuesday and Wednesday and urged people not to gather in large groups.

According to Zelensky on Saturday, gatherings have been prohibited in the nation’s capital, Kyiv, and its second-largest city, Kharkiv.

One of the enemy’s main objectives is to degrade Ukrainians, our talents, and our heroes in order to sow discontent, terror, and strife. As a result, it’s critical to resist this hostile pressure at all costs, to remain calm, and to avoid displaying weakness, he stated.