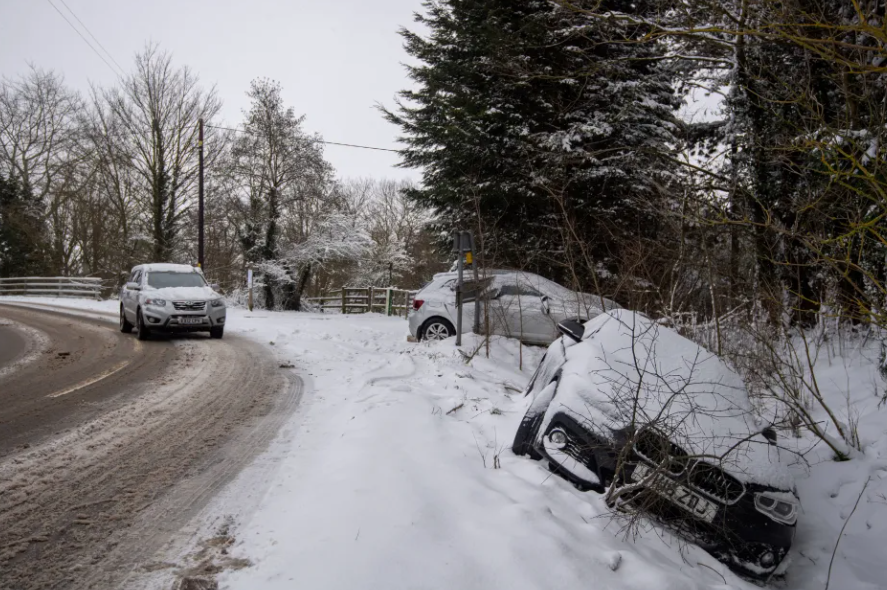 West News Wire: Parts of the United Kingdom have been covered in heavy snowfall, disrupting airports, train systems, and roadways. Two coal plants have been placed on standby in case of a power outage, and the nation experienced its coldest night of the year thus far.

On Monday, parts of London’s underground system were suspended or faced delays, and snow-related traffic jams plagued the nation’s highways. Gatwick and Stansted airports in London issued a warning that flight schedules might be affected.

A yellow weather alert was issued by the Meteorological or Met Office for snow and ice in London and southeast England, as well as ice and fog warnings for the rest of England and all of Northern Ireland.

Temperatures dropped below -15 degrees Celsius (5 degrees Fahrenheit) in northern Scotland, with the Met Office confirming it was the coldest night of the year.

Further warnings in Scotland and northeast England for the potential disruption caused by weather will start at midnight on Tuesday.

“This measure should give the public confidence in Monday’s energy supply,” the power grid operator said, adding it was not confirmed the plants would be needed, but they would be ready.

The snow caused problems for commuters and holidaymakers at the start of two weeks when rail workers and border officials plan industrial action.

Three boys died and a fourth aged six was in critical condition after they fell into an ice-covered lake in Solihull, central England, on Sunday afternoon.

“Searches of the lake are continuing as we seek to establish exactly what happened and if anyone else fell into the water,” West Midlands Police said.