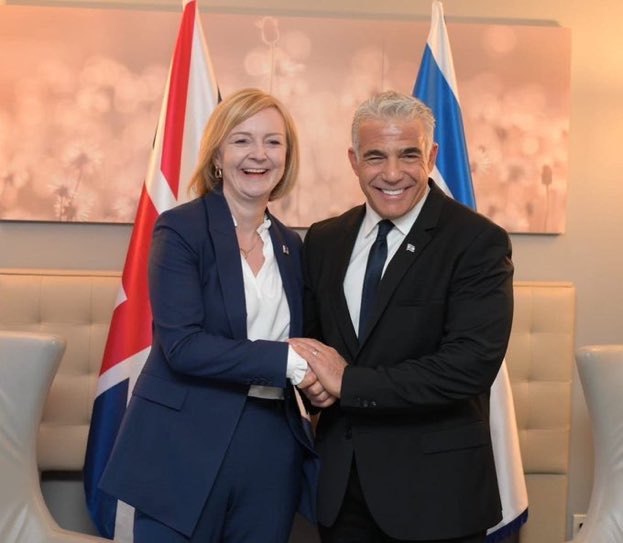 West News Wire: During a meeting with a pro-Israeli Tory parliamentary group on Sunday, British Prime Minister Liz Truss referred to herself as a “big Zionist” and “major friend of Israel.”

At the Conservative Friends of Israel (CFI) function held during the annual Tory Party conference in Birmingham, which she was attending for the first time in her new position, Truss was the guest of honor. According to video of her statements posted on social media, she made her everlasting support to the Israeli cause while speaking to a throng outside of the event.

She told the applauding audience, “As you know, I am a passionate Zionist, I am a huge supporter of Israel, and I feel that we can take the UK-Israel relationship from strength to strength.

The CFI itself focused on part of her speech, in which she referred to “threats from authoritarian regimes who don’t believe in freedom and democracy,” against which “two free democracies, the UK and Israel, need to stand shoulder to shoulder.”

Truss’ position on Israel is well known, and she promoted it during her campaign to become the new Conservative leader and prime minister. Among the policy changes that she pledged to effect in office was to review the relocation of her nation’s embassy from Tel Aviv to Jerusalem. Former President Donald Trump did the same thing during his tenure in the White House.

The British PM made the same promise last month, during a meeting with her Israeli counterpart Yair Lapid on the sidelines of the UN General Assembly meeting in New York. Pro-Palestinian groups and the Palestinian leadership have condemned the idea.