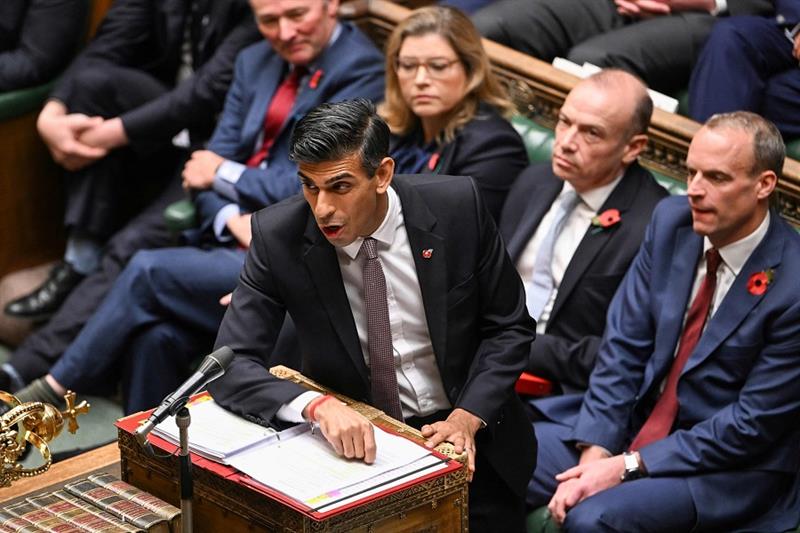 West News Wire: After his number two was accused of acting aggressively toward staff, British Prime Minister Rishi Sunak was confronted with additional inquiries on Saturday regarding his selection of key officials.

After fellow Sunak ally and deputy prime minister Dominic Raab was ejected from the new cabinet due to alleged bullying, the scandal over Dominic Raab developed.

Raab was reinstated in the government when Liz Truss was forced to resign as prime minister after only six weeks because he had been Sunak’s most ardent supporter during the summer Conservative leadership contest.

He was reinstated by Sunak to his prior position as justice secretary, when, according to the Guardian newspaper, he oversaw a “culture of dread.”

Some 15 senior civil servants at the ministry were offered a “route out” to different government jobs if they felt unable to serve under Raab because of his past behaviour, it said.

The Sun newspaper meanwhile reported that Raab had once hurled tomatoes from a salad across a room in a fit of anger during a meeting which a spokesman for the minister said was “nonsense”.

More generally, the spokesman said: “Dominic has high standards, works hard, and expects a lot from his team as well as himself.

“He has worked well with officials to drive the government’s agenda across Whitehall in multiple government departments and always acts with the utmost professionalism.”

Sunak was already under fire for reappointing Williamson to a ministerial role despite being told he was under investigation for allegedly bullying another senior Conservative.

The prime minister also faced criticism for reinstating Suella Braverman as interior minister just six days after she was forced to quit the Truss cabinet over a security breach.

The opposition Labour party pointed to those controversies as it termed the latest accusations “deeply troubling”, demanding Sunak launch an inquiry.

“With each new scandal and grubby deal, it becomes more obvious that he is a weak leader who puts party management before the national interest,” Labour’s deputy leader Angela Rayner said.

There was no immediate comment from Sunak, who is preparing next week to unveil an emergency economic package after a tax-slashing budget by Truss sparked a financial crisis.