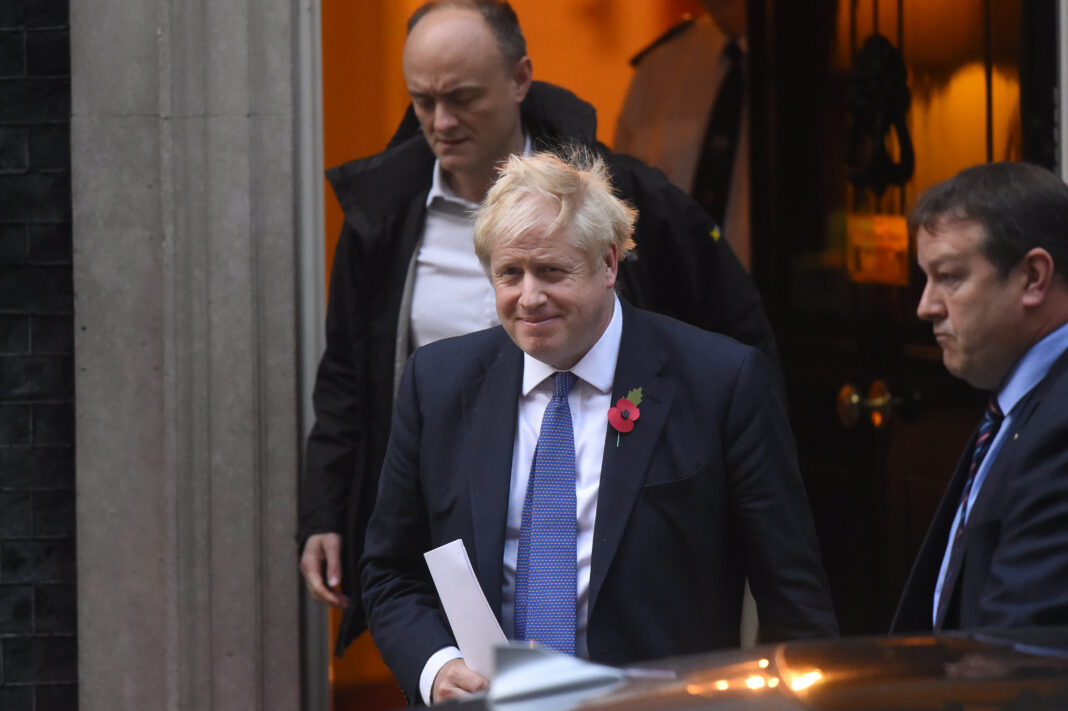 West News Wire: Boris Johnson, the Prime Minister of the United Kingdom, is expected to announce a relaxation of COVID-19 restrictions in the country, in an effort to appease members of the ruling Conservative Party, as he tries to quell a potential revolt within his own ranks following the revelations of parties at his residence during the lockdowns of 2020 and 2021.

According to UK media sources, Johnson’s cabinet will meet on Wednesday to evaluate the present limits, which were imposed last month in response to an Omicron increase.

He is expected to make the announcement to the House of Commons later today, amid anticipation that the government will eliminate work-from-home limitations and make it easier for fully vaccinated individuals to enter athletic arenas and nightclubs.

Since the number of COVID cases peaked at more than 218,000 in early January, infections in the UK have gradually declined. The latest government data showed just over 94,000 cases on January 18.

The removal of the restrictions would be welcomed by many in his party who want to return to something akin to normal life as Johnson seeks to contain a rebellion triggered by a series of revelations about rule-breaking parties at 10 Downing Street, the prime minister’s office.

Anger towards the prime minister continues to simmer with the right-wing Daily Telegraph and ITV News reporting that the required number of 54 signatures from his own Members of Parliament calling for a no-confidence vote in his leadership could be reached on Wednesday.

As many as 20 Conservatives elected at the last general election in 2019 plan to submit letters of no confidence in Johnson, according to the Telegraph.

Under Conservative rules, a no-confidence vote in the party’s leader can be triggered if 54 party MPs write to a party official demanding it.

Johnson’s office did not respond on Tuesday to a request for comment.

His former aide Dominic Cummings earlier accused Johnson of lying, saying that he had been warned that holding a “bring your own booze” party during lockdown would break the rules. When questioned by Sky News on Cummings’ claim, Johnson denied lying.

“Nobody warned me it was against the rules,” he said.

Senior ministers in Johnson’s government said they believed his denials covid lock but added the prime minister would have to resign if he is proven to have lied.

Senior civil servant Sue Gray is investigating the alleged rule-flouting parties, including a boozy May 2020 event in the garden of Downing Street and reports of “wine time Fridays”.

Cummings has said he is willing to “swear under oath” that the prime minister was warned in advance that the party would violate coronavirus restrictions, which at the time, barred people from meeting more than one person outside their household.

Johnson told parliament last week that he had attended the event, which was billed as a “bring your own booze” gathering in an invitation sent to 100 people by his principal private secretary. But he said he considered it a work gathering that fell within the rules.

Gray is expected to provide a report on the parties before the end of the month. The charges have sparked widespread outrage, disbelief, and derision, as well as calls for resignation.

Johnson’s political future might be determined by the phrase “knowingly.”

Johnson has acknowledged “misjudgments” in his carefully worded apologies for the charges, but he has not confessed to breaching personal rules.