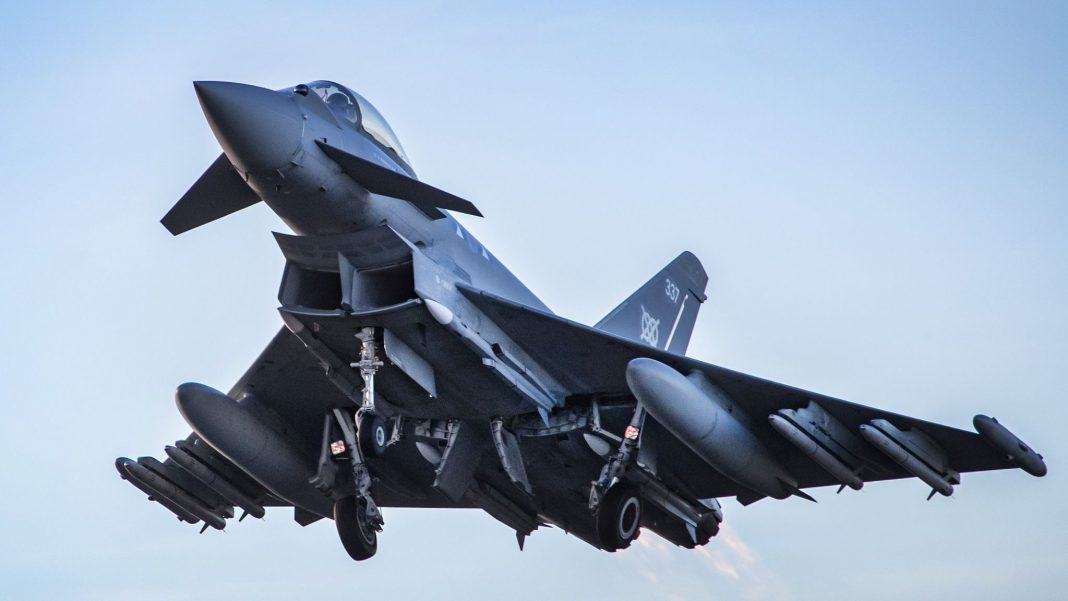 West News Wire: The Royal Air Force (RAF) stated on Friday that Britain has stopped all “non-essential” flights of its Eurofighter Typhoon military aircraft. The “temporary” safety measure was explained as the result of a malfunction with the planes’ ejector seats.

The safe operation of our ejector seats in Typhoon and [Red Arrows] aircraft may be compromised due to a technical problem that we have been made aware of. As a temporary safety measure until the situation is properly understood, we have halted all non-essential flights, the RAF stated on Twitter.

The majority of the nation’s multirole fighter jets are the 100 or so Eurofighter Typhoons that Britain has in its fleet. The Red Arrows aerobatic team’s BAE Systems Hawk trainer aircraft is likewise affected by the ejection seat problem. The military has not elaborated on the exact nature of the problem, its severity or the potential duration of the “temporary” grounding of the fleet.

The announcement comes a day before the Bray Air Show 2022 was set to kick off. The Red Arrows, officially known as the Royal Air Force Aerobatic Team, were expected to take part in the seaside display, but their participation is now unlikely, local media reported, citing military sources.

The aerobatics team, which is based at RAF Scampton, re-tweeted the RAF message but provided no further statement on the ejection seat issue or their participation in the airshow.