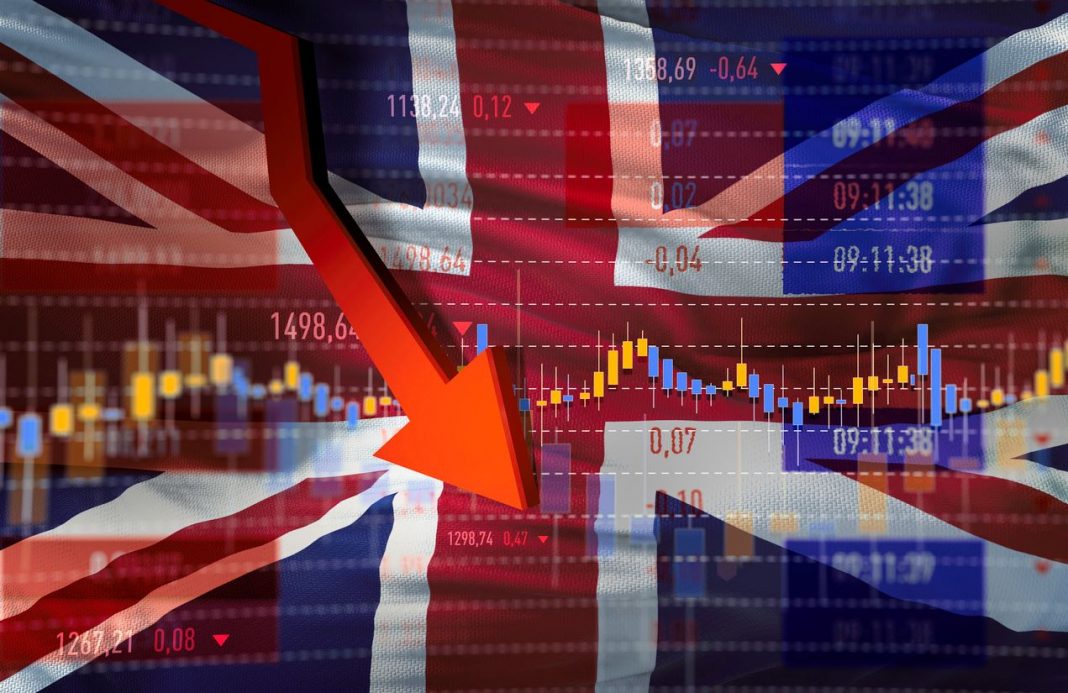 West News Wire: According to official numbers released on Friday, the British economy declined in the three months that ended in September, and analysts expect further contraction to last for many months.

The Office for National Statistics said that between July and September, the gross domestic product decreased by 0.2%, which was less than anticipated but is nevertheless thought to be the beginning of a protracted recession.

According to the statistics office, the GDP shrank by 0.6% in September and by 0.1% in August. The report attributed the decline to a drop in manufacturing output and an additional holiday to commemorate Queen Elizabeth II’s passing, which together caused “a considerable fall in retail.”

It claimed that as of February 2020, right before the COVID-19 epidemic severely damaged the economy, the U.K. economy was 0.2% smaller.

Britain’s economy, like that of many other countries, is struggling as Russia’s invasion of Ukraine has driven up food and energy costs, pushing consumer price inflation to 40-year highs.

Martin McTague, national chairman of the Federation of Small Businesses, said the fall in GDP “is one headline figure made up of countless bits of disappointing news for small businesses across the country a new venue or premises they couldn’t open, a contract which ended unexpectedly, a staff member they had to let go.”

The Bank of England hiked its main interest rate last week by three quarters of a percentage point, to 3% its biggest increase in three decades. The central bank said the move was needed to beat back stubbornly high inflation that is eroding living standards and is likely to trigger a “prolonged” recession.

The U.K.’s finances worsened when then-Prime Minister Liz Truss announced a huge package of unfunded tax cuts on Sept. 23. The package alarmed financial markets, sent the pound to a record low against the dollar and forced the Bank of England to step in to stop the crisis from spreading.

Truss resigned less than a month later, leaving her successor, Prime Minister Rishi Sunak, and Treasury chief Jeremy Hunt to find billions in savings to shore up the nation’s finances.

Hunt is due to make an emergency budget statement next week that is expected to include both tax increases and public spending cuts. He said Friday’s figures showed that there would need to be “extremely difficult decisions to restore confidence and economic stability. But to achieve long-term, sustainable growth, we need to grip inflation, balance the books and get debt falling. There is no other way.”

“With consumers battening down the hatches for a tough winter and the government proposing substantial tax rises and spending cuts, we think the economy will shrink again” in the fourth quarter,” he said.