wnw24
Home Politics U.S. to Deploy Thousands of Troops Back to Afghanistan for Evacuation 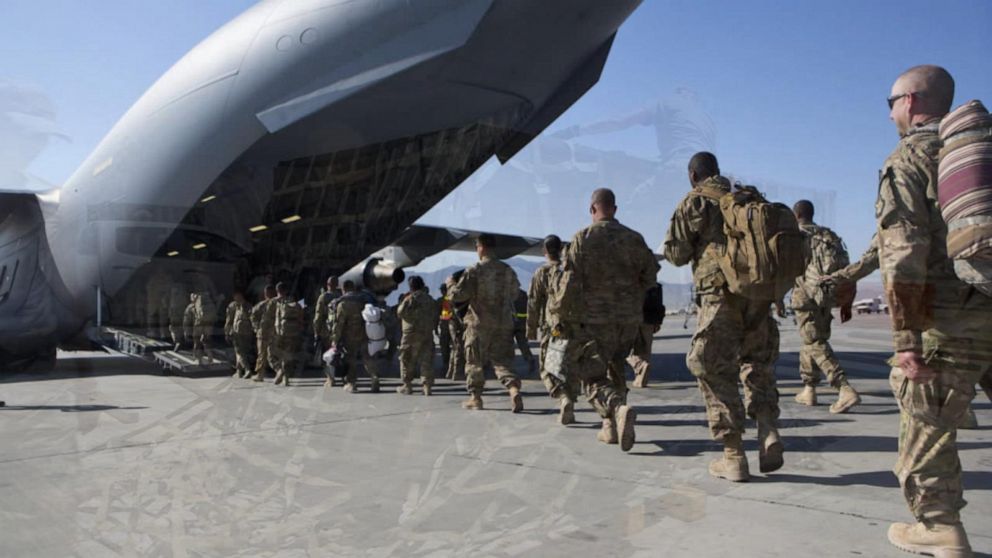 West News Wire: The U.S. on Thursday announced it is deploying thousands of troops back into Afghanistan and to nearby countries as a startlingly successful Taliban onslaught now threatens the capital, Kabul.

Three U.S. infantry battalions of roughly 1,000 troops each – two from the Marine Corps and one from the Army, which are already in the region – will deploy to Hamid Karzai International Airport in Kabul to help facilitate the evacuation of American personnel and the thousands of Afghans eligible to emigrate to the United States. The British government announced simultaneously that 600 of its forces would also redeploy to Afghanistan to help provide security.

An additional U.S. infantry brigade of as many as 4,000 soldiers will fly from Fort Bragg, North Carolina, to Kuwait, where they will stage in case they’re needed to contribute to the security response. And a joint force of roughly 1,000 Army and Air Force personnel will set up in Qatar in the coming days to also help process special immigrant visa applicants from Afghanistan and their families.

The news represents a dramatic blow to U.S. plans to extract itself from its longest conflict zone after a 20-year presence and turn over security to their local partners. Pentagon spokesman John Kirby declined to classify the deployments as a return to combat but said they will use existing authorities to respond with force if attacked.

“We believe this is the prudent thing to do, given the rapidly deteriorating security situation in and around Kabul,” Kirby told reporters Thursday afternoon in announcing the moves. “This is about the safe movement of our people in Afghanistan.”

Kirby declined to offer tactical details of how the new forces will operate but said they will help maintain security and infrastructure at the airport and contribute to the withdrawal of Americans from the embassy compound nearby.

He said the U.S. remains on track to complete its withdrawal by the Aug. 31 deadline the Biden administration has set, though he did not provide details on how the additional thousands of U.S. forces would complete their mission and withdraw in 2 1/2 weeks.

The Taliban has made stunning gains in recent days that have even surprised top advisers at the White House, officials familiar with those deliberations tell U.S. News. As of Thursday afternoon, they had recaptured 10 key provincial capitals, including at least one near the capital city.

U.S. News first reported that the government in China, considered a major player in Afghanistan’s future, had privately decided it would recognize the Taliban as the rightful government there if Kabul were to fall – an outcome that appears increasingly possible.

Afghan President Ashraf Ghani traveled to the northern city of Mazar-i-Sharif this week in an attempt to rally local forces engaged in some of the heaviest fighting against the Taliban. He also met with notorious warlords with whom the U.S. had complicated relationships early in the war, notably Northern Alliance leader Abdul Rashid Dostum – an indication of the return of the kinds of brutal tactics American officials have tried to avoid as the Western-backed government clings to what is left of its influence.

Thursday’s news follows Kirby’s prior assertions earlier this month that the fall of Kabul is not inevitable, saying Aug. 11 that it “really depends on the political and military leadership the Afghans are willing to muster.”

He repeated that point on Thursday, despite evidence that many functional elements of the Afghan military – notably its fledgling air force and special operations commandos – are heavily overtaxed and that many of the 300,000 troops the U.S. says it trained in Afghanistan have either deserted, been killed or never existed in the first place as a part of schemes using “ghost soldiers” in which commanders siphon federal dollars for troops they claim to oversee.

“The Afghan forces have the advantages, they have the capability to protect their territory and their people,” Kirby said in response to a question about whether Afghans should be concerned about the striking U.S. withdrawal. “They have the capacity to do that.

“What I think the Afghan people want to see – and what they deserve to see – is the leadership and the will to use those advantages to their benefit.”