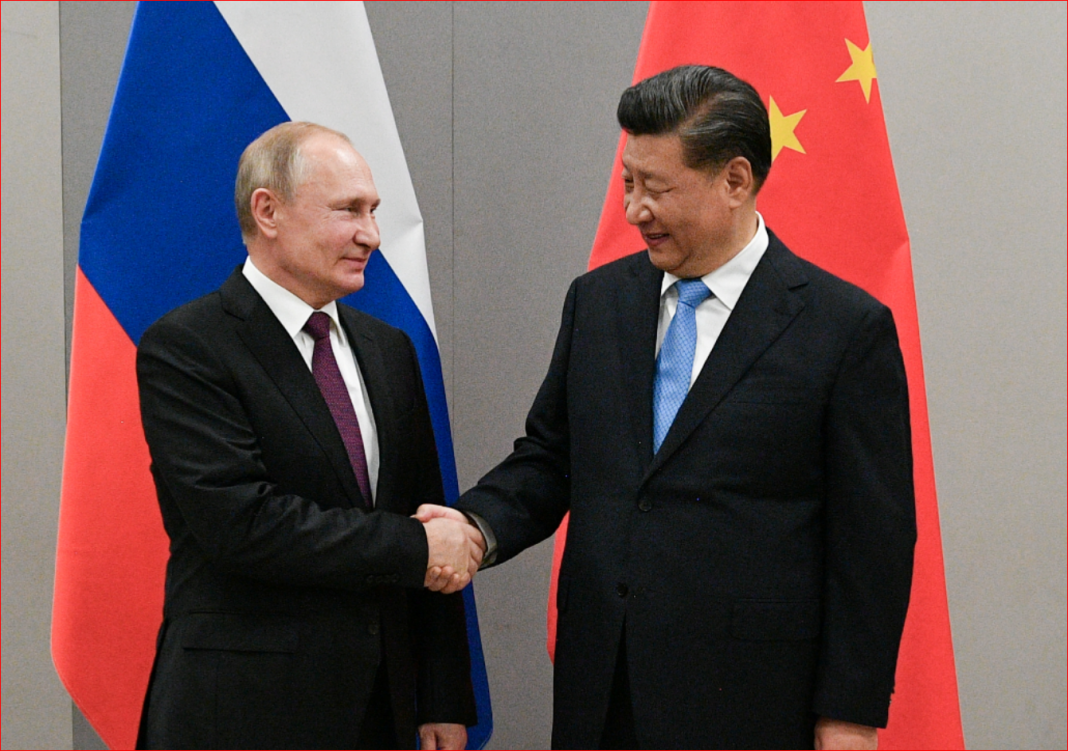 West News Wire: Senior US officials say they have not detected overt Chinese military and economic support, months after warning that Beijing appeared set to assist Russia in its fight against Ukraine, a good development in the fragile US-China relationship.

Officials from the United States have told news reporters in recent days that they are still concerned about China’s long-standing support for Russia in general, but that the military and economic backing that they were concerned about has not materialized, at least for the time being. The respite arrives at a critical juncture.

President Joe Biden is planning a trip to Asia later this month that will be dominated by discussions about how to deal with China’s ascent, and his government is set to present its first national security strategy on the topic.

“We have not seen the PRC provide direct military support to Russia’s war on Ukraine or engage in systematic efforts to help Russia evade our sanctions,” a Biden administration official told reporters, referring to the People’s Republic of China.

“We continue to monitor for the PRC and any other country that might provide support to Russia or otherwise evade U.S. and partner sanctions.”

As well as steering clear of directly backing Russia’s war effort, China has avoided entering new contracts between its state oil refiners and Russia, despite steep discounts. In March its state-run Sinopec Group suspended talks about a major petrochemical investment and a gas marketing venture in Russia.

Last month, the U.S. envoy to the United Nations hailed China’s abstentions on U.N. votes to condemn Russia’s invasion of Ukraine as a “win,” underscoring how Beijing’s enforced balancing act between Russia and the West may be the best outcome for Washington.

Still, China has refused to condemn Russia’s actions in Ukraine and has criticized the sweeping Western sanctions on Moscow.

Trade volume between Russia and China also jumped in the first quarter, and the two declared a “no limits” partnership in February.

On Monday, Beijing’s Washington embassy issued a 30-page newsletter accusing the United States of spreading “falsehoods” to discredit China over Ukraine, including through a March press leak saying Russia had sought Chinese military help. The embassy noted that U.S. officials had since said they had seen no evidence of China providing such support.

Biden himself has not spoken of China helping Russia since telling reporters in Brussels March 24 that in a phone call with Chinese President Xi Jinping, he “made sure he understood the consequences.”

Secretary of State Antony Blinken told the Senate Foreign Relations Committee last week China is dealing with the “significant reputational risk” of being Russia’s ally and that “for now we’re not seeing significant support from China for Russia’s military actions.”

Biden is to visit Tokyo and Seoul in what will be his first trip to Asia as president one that won’t include a stop in China. He’ll meet with Indian and Australian leaders too, during a ‘Quad’ meeting in Tokyo.

China has made Russia a key part of its foreign policy strategy to counter the West. Biden aides were worried Xi was planning to provide direct support to Russian President Vladimir Putin as his campaign in Ukraine faced fierce setbacks, one U.S. official said.