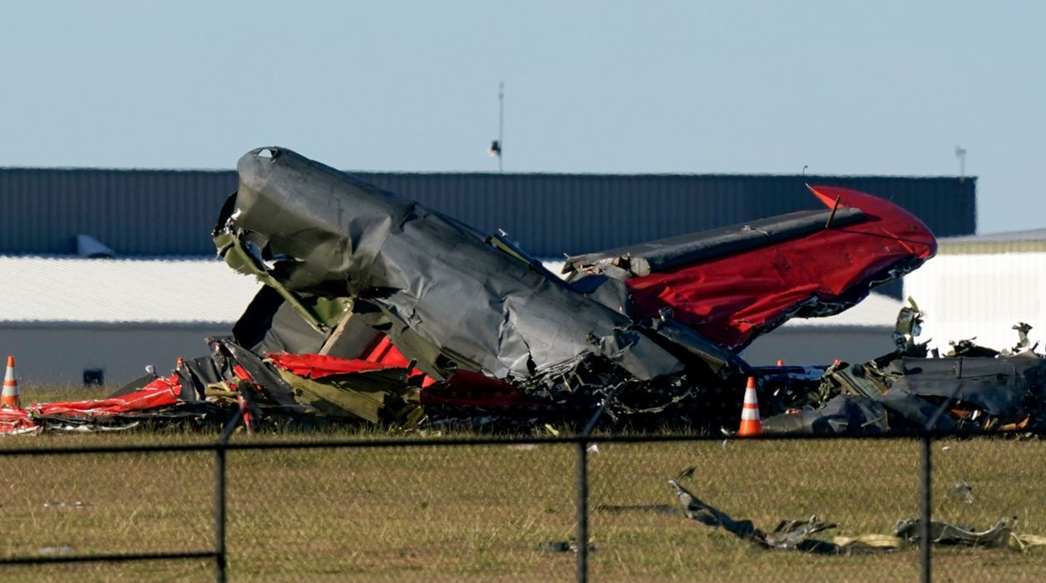 West News Wire: During an air display in the US state of Texas, two vintage military aircraft collided in the air and crashed.

The jets crashed to the ground after their collision on Saturday, exploding into a ball of flames and spewing black smoke into the air.

How many individuals were hurt or killed wasn’t immediately clear.

According to the Federal Aviation Administration, the incident included two aircraft, a Bell P-63 Kingcobra fighter and a Boeing B-17 Flying Fortress bomber from World War II, both of which were participating in the Wings Over Dallas Airshow at Dallas Executive Airport (FAA).

The number of passengers on board the two planes was unknown as emergency teams flocked to the crash site, airport officials reported on Twitter, according to the FAA.

Hank Coates, the president and CEO of the Commemorative Air Force (CAF), a group dedicated to the preservation of World War Two combat aircraft, told a news conference the B-17 typically has a crew of four to five people.

The P-63 is crewed by a single pilot, Coates added, but would not say how many people were on board the aircraft at the time of the crash, nor their name or condition.

News footage from the scene showed crumpled wreckage of the planes in a grassy area inside the airport perimeter.

Dallas Fire-Rescue told The Dallas Morning News that there were no reported injuries among people on the ground.

“I just stood there. I was in complete shock and disbelief,” said Montoya, 27, who attended the air show with a friend. “Everybody around was gasping. Everybody was bursting into tears. Everybody was in shock.”

Investigators with the National Transportation Safety Board will arrive at the scene of the crash in Dallas on Sunday.

“The videos are heartbreaking,” Johnson said.

Social media users recorded videos of the incident, which appeared to show the fighter plane colliding with the bomber and sending both of them crashing to the earth in a flash of fire and smoke.

Texas resident Aubrey Anne Young, 37, who witnessed the incident, said, “It was truly awful to behold.” When it happened, her kids and their father were in the hangar. I’m still attempting to understand it.

Safety at air shows has long been an issue, particularly with older military aircraft. 11 individuals lost their lives in Reno, Nevada in 2011 when a P-51 Mustang collided with onlookers. Seven people were killed when a bomber crashed in Hartford, Connecticut, in 2019.

The NTSB said then that it had investigated 21 accidents since 1982 involving World War II-era bombers, resulting in 23 deaths.