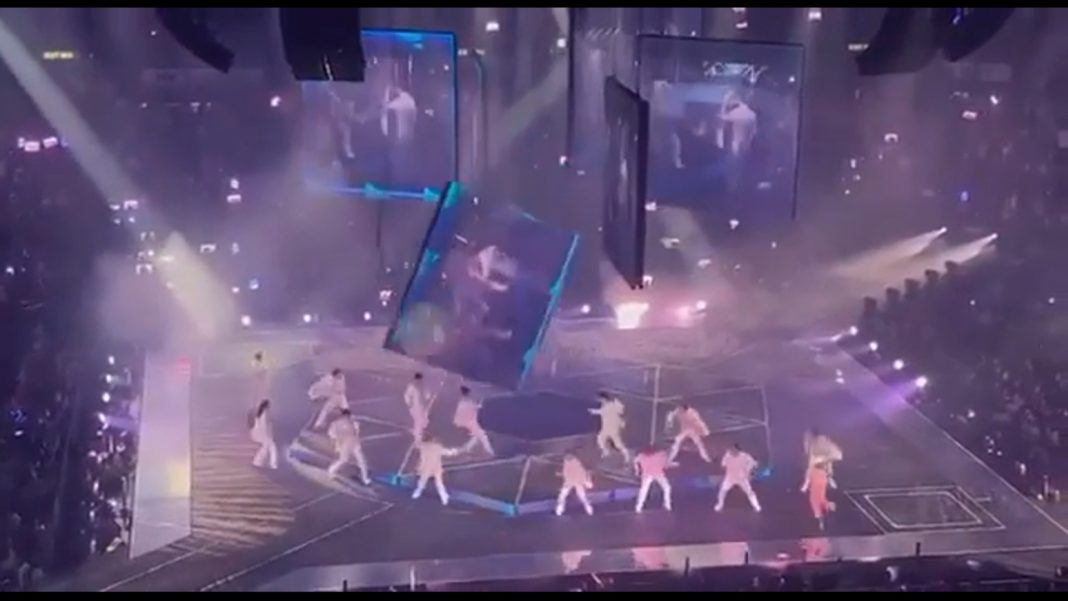 Anson Lo and Edan Lui of Mirror were performing on stage with a dozen dancers when one of the many dangling LED displays fell onto the stage, as shown in social media video recordings.

Before crashing onto another dancer as the crowd gasped in horror, the falling screen appeared to strike one dancer directly in the head and body. The films demonstrated how the remaining artists on stage sprang into action to aid those impacted by the screen.

The two male dancers were brought to the Queen Elizabeth Hospital while still conscious, according to the police. Local media reported the hospital said one of the dancers was in serious condition while the other was stable.

Police said three audience members were also taken to the hospital, one who felt unwell and two others in a state of shock, but they required no medical treatment.

The concert was halted after the incident, which occurred during Mirror’s fourth of 12 scheduled concerts at Hong Kong Coliseum.

At Tuesday’s concert, band member Frankie Lui appeared to lose his footing and fall off the edge of the stage while giving a speech, according to clips on social media.

An online petition about safety issues of Mirror concerts was launched the same night and has garnered thousands of signatures. The petition urged organizers to ensure safety for Mirror and its dancers and refrain from using unnecessary stage mechanisms or raised platforms.

Viu, the company that created and manages Mirror, did not respond to an emailed request for comment.

The 12-member band has skyrocketed in popularity in Hong Kong and has been credited with the revival of Cantopop.