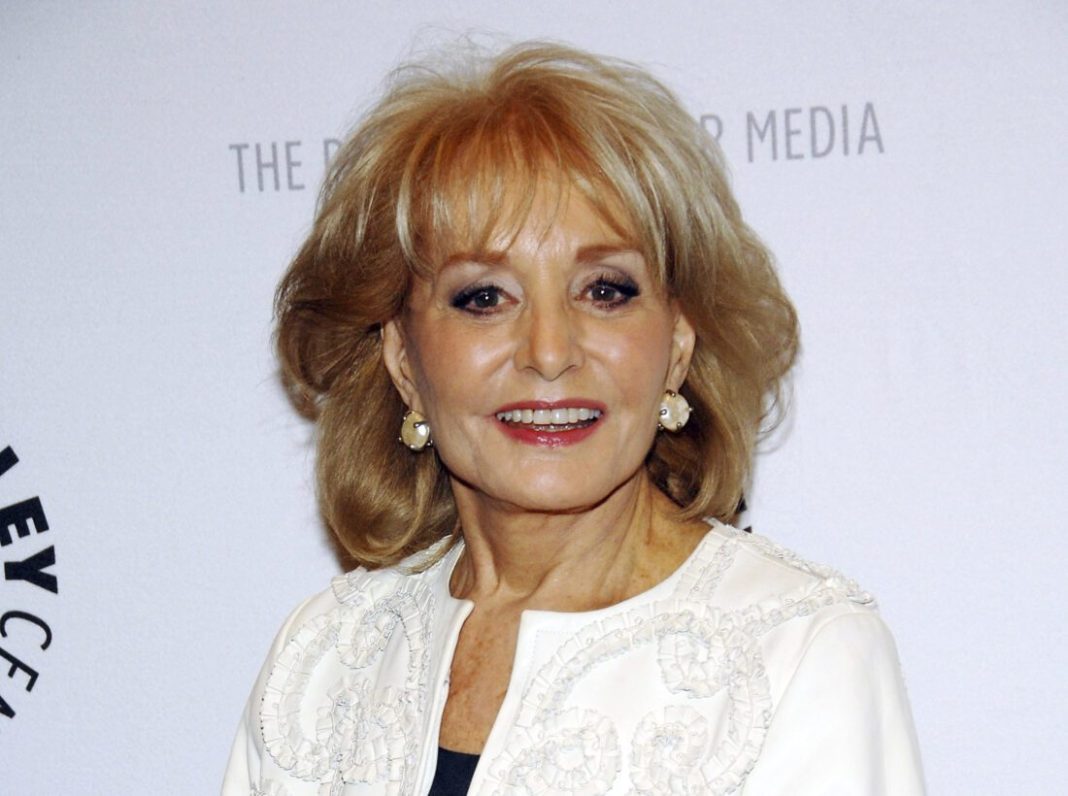 West News Wire: The rarest of TV personalities, Barbara Walters was a part of culture.

She presented international leaders, influential people, and celebrities to her audience for more than 50 years, even though their names and faces may have changed over time. Hers, however, never did.

She originally rose to fame in a visually stimulating industry where women were often ornaments or supporting roles.

As a result of her prolonged and consistent presence there, Barbara’s opinions, statements, and questions to the subjects of her interviews became a reliable source of information.

She was approaching her eighth decade when she admitted to The Associated Press in 2008, “I do think about mortality. But if death got the last word, Walters had the nation’s ear in the meantime, she made clear, with amusement, as she recalled the zany Broadway hit “Spamalot,” based on a Monty Python film.

“You know the scene where they’re collecting dead bodies during a plague, and there’s a guy they keep throwing in the heap, and he keeps saying, ‘I’m not dead yet’? Then they bash him on the head, and he gets up again and says, ‘I’m not dead yet!’

“He’s my hero,” Walters said with a smile.

Walters, whose death at age 93 was announced Friday, was a heroic presence on the TV screen, leading the way as the first woman to become a TV news superstar during a career remarkable for its duration and variety.

Late in her career, she gave infotainment a new twist with “The View,” a live ABC weekday kaffee klatsch with an all-female panel for whom any topic was on the table and who welcomed guests ranging from world leaders to teen idols. A side venture and unexpected hit, Walters considered “The View” the “dessert” of her career.

Walters made headlines in 1976 as the first female network news anchor, with an unprecedented $1 million salary that drew gasps.

During nearly four decades at ABC, and before that at NBC, Walters’ exclusive interviews with rulers, royalty and entertainers brought her celebrity status that ranked with theirs, while placing her at the forefront of the trend in broadcast journalism that made stars of TV reporters and brought news programs into the race for higher ratings.

Her drive was legendary as she competed not just with rival networks, but with colleagues at her own network for each big “get” in a world jammed with more and more interviewers, including female journalists who followed the trail she blazed.

“I never expected this!” Walters said in 2004, taking measure of her success. “I always thought I’d be a writer for television. I never even thought I’d be in front of a camera.”

But she was a natural on camera, especially when plying notables with questions.