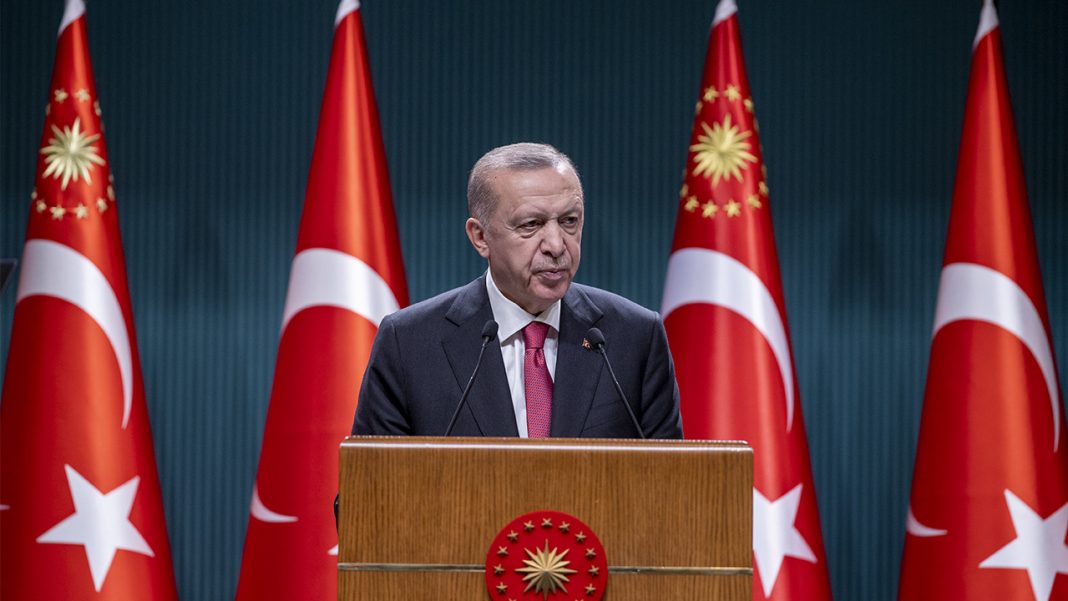 West News Wire: In a marked hardening of rhetoric against Turkey’s neighbor and historic regional rival, Greece, Turkish President Recep Tayyip Erdogan warned Greece on Thursday to demilitarize islands in the Aegean Sea, saying he was “not joking” and posting tweets in Greek and English.

Turkey claims that Greece has been constructing a military presence in violation of treaties that guarantee the Aegean islands’ unarmed status. It claims that Greece was given the islands on the condition that they remain demilitarized.

Athens counters that the islands can’t be left undefended because they’ve been garrisoned for decades and are within striking distance of a large Turkish landing fleet.

“We invite Greece to stop arming non-military islands and act in accordance with international agreements, “Erdogan said on the final day of military exercises taking place near Izmir, on Turkey’s Aegean coast. “I’m not joking, I’m speaking seriously. This nation is determined.”

Greece and Turkey are NATO allies, but have a history of disputes over a range of issues, including mineral exploration in the eastern Mediterranean and rival claims in the Aegean Sea.

The two countries came close to war three times in the past half century, the last being in 1996 over ownership of an uninhabited eastern Aegean islet. But Ankara has recently been questioning Greece’s sovereignty over large, inhabited Greek islands Rhodes, Kos and Lesbos, for example, would meet the description of “militarized” islands.

“We warn Greece to stay away from dreams, statements and actions that will lead to regret, as it did a century ago, and to return to its senses,” the Turkish leader said. A hundred years ago, Turkey defeated Greece after a three-year war that saw Greek armies invade western Turkey.

Greece maintains Turkey has deliberately misinterpreted the treaties and says it has legal grounds to defend itself following hostile actions by Ankara, including a long-standing threat of war if Greece extended its territorial waters.

Later Thursday, Erdogan made the rare move of tweeting in Greek and English, saying: “As Turkey will not resign its rights in the Aegean, it will not hesitate either to make use of its rights arising from international treaties on the issue of the islands’ demilitarization.”

“Greek is known as the language of reason, freedom and justice,” he said. “The tactics Turkey has chosen do not fall under any of these categories.”

Earlier, Oikonomou said Greece was dealing with Turkish “provocations” with “calm and determination.”

“It is clear to everyone that our country has upgraded its geostrategic and geopolitical footprint as well as its deterrent capacity to be able at any time to defend its national sovereignty and sovereign rights,” he said.

Meanwhile, Erdogan also reiterated Turkey’s determination to launch a new cross-border offensive in Syria with the goal of pushing back Syrian Kurdish militia and creating a 30-kilometer (19-mile) buffer zone. Turkey regards the militia as an extension of the outlawed Kurdistan Workers’ Party, or PKK.

“We will never allow the establishment of terror corridors along our country’s borders, and we will definitely complete the missing parts of our security zone,” the Turkish leader said.