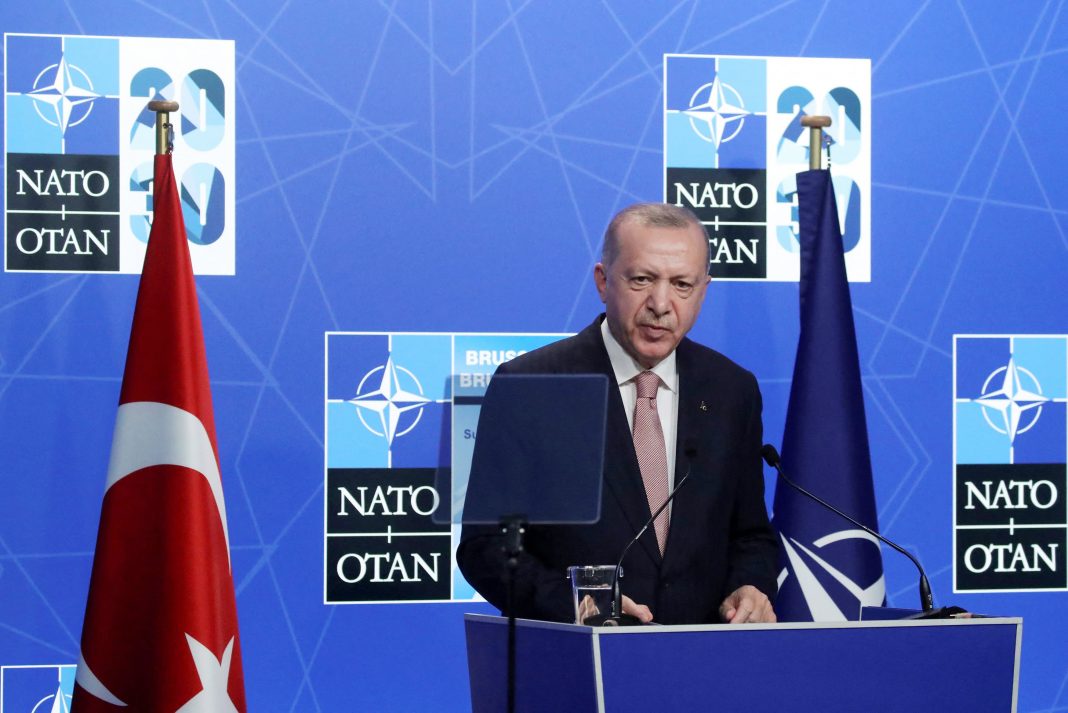 West News Wire: In the aftermath of Russia’s invasion of Ukraine, Turkish President Recep Tayyip Erdogan stated it is impossible for NATO-member Turkey to allow Sweden and Finland joining the transatlantic military alliance, signaling a probable roadblock to their ascension efforts.

Erdogan told reporters in Istanbul on Friday that Ankara had “negative views” on the Scandinavian nations‘ planned membership bids, accusing them of serving as “guesthouses for terrorist organizations.”

“In certain nations, they are even members of parliament.” “It’s impossible for us to be in favor,” he remarked, without providing any other information.

Turkey has regularly chastised Sweden and other Western European countries for their treatment of Ankara-designated “terrorist” groups, such as the Kurdistan Workers’ Party (PKK) and Syrian Kurdish People’s Protection Units (YPG), as well as the followers of the United States-based Muslim scholar Fethullah Gulen.

Ankara has said Gulenists carried out a coup attempt in 2016. Gulen and his supporters deny the accusation.

Turkey’s opposition could pose a problem for Sweden and Finland given all 30 NATO allies must unanimously approve a new country becoming part of the United-States led alliance.

Erdogan said it had been an error for NATO to admit Greece, with which Ankara is at odds over a host of issues, in 1952 and urged against “similar mistakes” being made now. Turkey also joined NATO in 1952.

His remarks came after Finland’s president and prime minister on Thursday said the country must apply to join the alliance “without delay” comments which drew the ire of Moscow and saw the Kremlin threaten to retaliate, including with unspecified “military technical” measures.

Read More
Prior to far-right rally in Sweden, riots erupt

Finland, which shares a 1,300-kilometre-long (810-mile-long) border with Russia, is expected to formally announce its decision on Sunday following a meeting of the country’s senior political figures. Sweden is expected to follow suit.

Responding later on Friday to Erdogan’s remarks, Finland’s Foreign Minister Pekka Haavisto urged patience and called for a step-by-step approach in response to the Turkish resistance. There was no immediate response from Sweden.

NATO Secretary-General Jens Stoltenberg had said both countries would be welcomed into the organisation quickly should they pursue membership.