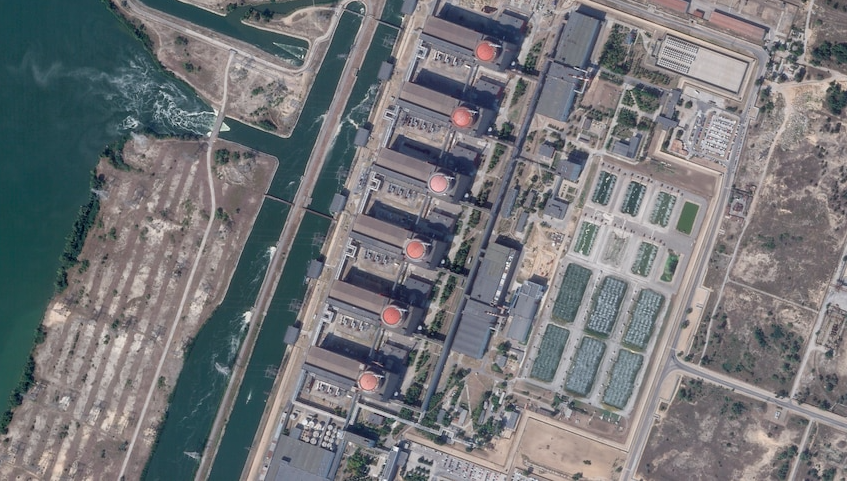 West News Wire: Recep Tayyip Erdogan, president of Turkey, has offered to mediate the impasse over a Russian-occupied nuclear power plant in Ukraine, fueling concerns of a nuclear catastrophe.

Hours before to the announcement that Ukraine’s Zaporizhzhia Nuclear Power Plant had been removed from its only remaining main power line to the grid and was now depending on a reserve line, the international watchdog on atomic energy made Saturday’s offer.

As concern over recent fire in the vicinity of Europe’s largest nuclear facility has grown, Ukraine announced on Friday that it has struck a Russian camp in the neighboring town of Enerhodar. The attack resulted in the destruction of three artillery systems and an ammo storage.

Erdogan on Saturday told his Russian counterpart Vladimir Putin that “Turkey can play a facilitator role in the Zaporizhzhia Nuclear Power Plant, as they did in the grain deal”, the Turkish presidency said.

Ukraine, one of the world’s largest grain exporters, was forced to halt almost all deliveries after Russia invaded in late February, raising fears of a global food crisis.

Exports of grain across Black Sea ports resumed after Kyiv and Moscow in July signed a deal, with the United Nations and Turkey acting as guarantors.

There was no immediate mention of Erdogan having also spoken to Ukraine’s President Volodymyr Zelenskyy on Saturday to offer his mediation.

Last month, Erdogan warned of the danger of a nuclear disaster when he visited Lviv for talks with the Ukrainian leader.

The Turkish leader said he wanted to avoid “another Chornobyl”, referring to the world’s worst nuclear accident in another part of Ukraine in 1986, when it was still part of the Soviet Union.

This week, a 14-strong team from the International Atomic Energy Agency visited Zaporizhzhia, with the UN nuclear watchdog’s chief Rafael Grossi saying the site had been damaged in the fighting.

“Ukraine’s Zaporizhzhia Nuclear Power Plant (ZNPP) has once again lost the connection to its last remaining main external power line, but the facility is continuing to supply electricity to the grid through a reserve line, the International Atomic Energy Agency (IAEA) was informed at the site today,” the agency said in a statement on Saturday.

In the Kherson region of southern Ukraine, the factory is located “exactly on the front line, close to in and around the area where the Ukrainian military is undertaking a counteroffensive,” according to Elizondo.

“It’s crucial to keep in mind how essential electricity and power are to nuclear power plants because they need to keep their equipment cold for safety reasons. An catastrophic nuclear calamity could result if a nuclear power station ever loses all electricity, whether permanently or just momentarily.

Millions of people have fled their homes as a result of the Russian invasion of pro-Western Ukraine, which has claimed thousands of lives.

In an effort to stop the Russian advance, Western powers have responded by sending military assistance to Kyiv and imposing economic penalties on Moscow.