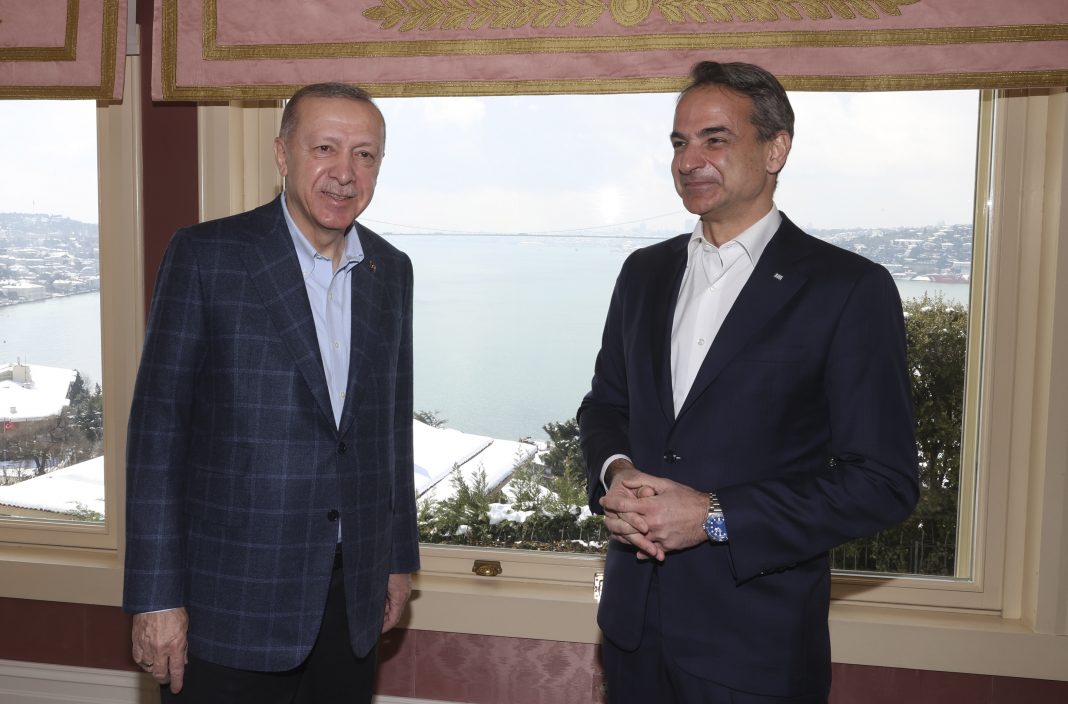 West News Wire: Greece’s and Turkey’s leaders met for lunch on Sunday in Istanbul, in a rare meeting between the neighbors, who have been at war over maritime and energy concerns, the status of the Aegean islands, and migration.

According to a statement from the Turkish presidency’s communications office, Greek Prime Minister Kyriakos Mitsotakis and Turkish President Recep Tayyip Erdogan discussed bilateral and international relations, as well as Russia’s invasion of Ukraine.

“With Russia’s aggression on Ukraine, Turkey and Greece have a specific duty in the European security architecture,” the statement stated, adding that both nations should expand collaboration and “concentrate on positive agendas” for regional benefits.

Greece and Turkey are nominal NATO allies but have strained relations over competing maritime boundary claims that affect energy exploration rights in the eastern Mediterranean. Tensions flared in the summer of 2020 over exploratory drilling rights in areas in the Mediterranean Sea where Greece and Cyprus claim their own exclusive economic zone, leading to a naval standoff. Turkey also claims Greece is violating international agreements by militarizing islands in the Aegean Sea.

Since then, Greece has embarked on a major military modernization program. Officials from both countries resumed exploratory talks in 2021 after a five-year pause to lay the groundwork for formal negotiations to begin, but haven’t made much progress. At Sunday’s meeting, the two leaders agreed to keep communication channels open “despite disagreements” and improve bilateral relations, the Turkish statement said.

Greece has also accused Turkey of allowing migrants to cross its land and sea borders despite a deal with the European Union to prevent illegal crossings, while Turkey and rights groups have documented Greek authorities’ practice of migrant “pushbacks” to Turkey.

“With the goal of starting a new page in bilateral relations,” Erdogan told Mitsotakis he believes the two countries can make headway on issues like the Aegean, minorities, combating terrorism and migration. He added the neighbors should speak regularly, rather than only at times of crisis.

But Greece and Turkey also cooperate on energy projects, including a newly-built pipeline that spans their countries transporting natural gas from Azerbaijan to Western Europe a project that is part of Europe’s effort to reduce dependence on Russian energy exports.

Mitsotakis kicked off his visit by attending a service for Orthodox Christians at the Ecumenical Patriarchate of Constantinople.