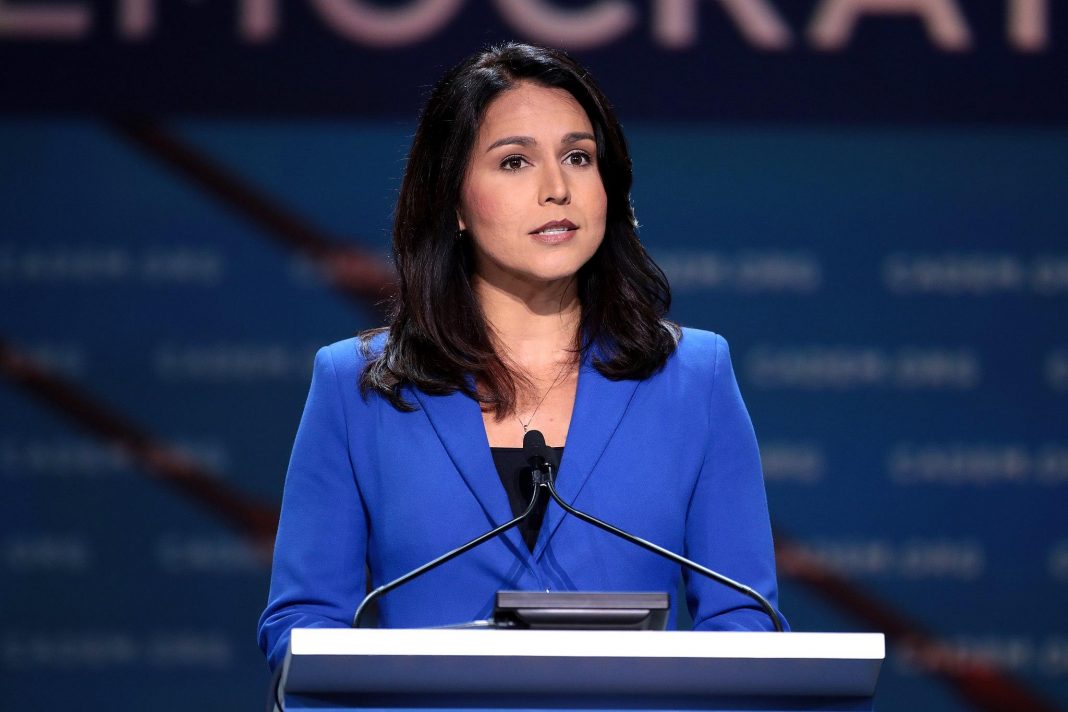 West News Wire: Tulsi Gabbard, a former US congresswoman who is running for president in 2020, has declared her withdrawal from the Democratic Party, claiming it has been taken over by “an aristocratic cabal of warmongers.” Longtime Democratic establishment figures have urged Gabbard to quit the party and switch to the GOP.

In a video statement on Tuesday, Gabbard said, “I can no longer remain in today’s Democratic Party that is now completely controlled by an aristocratic cabal of warmongers.”

She went on to say that President Joe Biden’s party counterparts are “motivated by cowardly wokeness, who separate us by racializing every subject and fueling anti-white bigotry who are antagonistic to spiritual and religious people who believe in open borders, who weaponize the national security state to go after their political opponents, and above all, who are dragging us ever closer to nuclear war.”

Gabbard did not declare herself a Republican, despite sharing many of the views of the anti-interventionist, ‘America First’ wing of the GOP. While the Democratic Party has with the backing of establishment Republicans voted almost unanimously to send more than $52 billion to Ukraine in recent months, Gabbard has condemned Biden for “exploiting this war to strengthen NATO and feed the military-industrial complex.”

The former congresswoman has expounded these views to Fox News host Tucker Carlson, and is a regular guest on his prime-time show.

Gabbard has long opposed US involvement in and funding of foreign conflicts. During her four terms in office from 2013 to 2021, she advocated dialogue with America’s rival superpowers, coupled with a hardline policy on Islamic terrorism. Failed 2016 presidential candidate Hillary Clinton accused Gabbard in 2019 of being “a Russian asset,” likely referencing the Hawaiian lawmaker’s past praise for Russian President Vladimir Putin’s fight against terrorism in Syria.

Gabbard responded by calling Clinton the “personification of the rot that has sickened the Democratic Party,” and suing the former secretary of state for defamation.