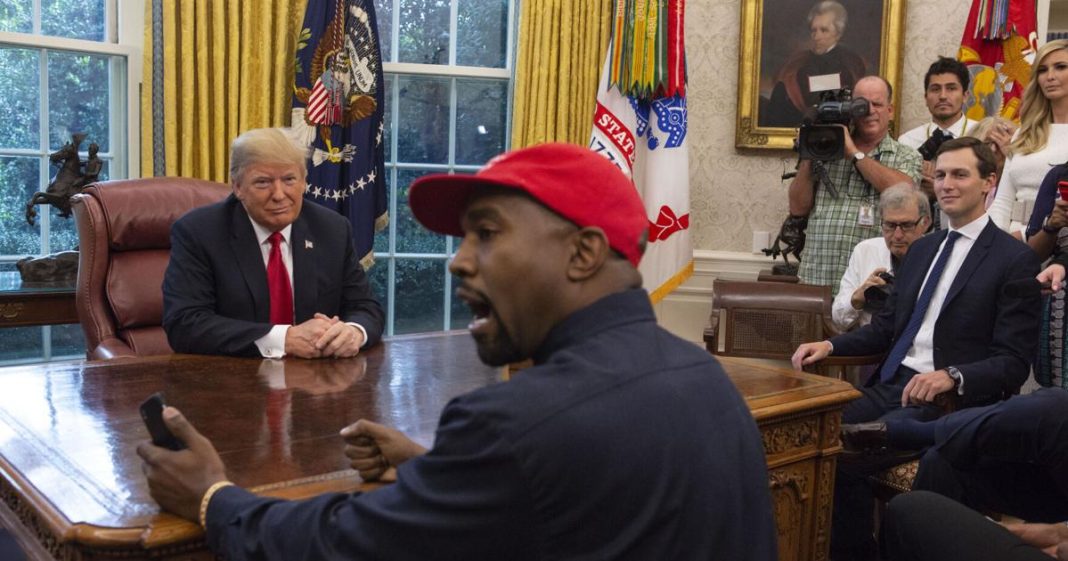 West News Wire: Donald Trump is banking that by resurrecting the outsider appeal that drove his triumph in 2016, he can return to the White House.

The dangers of that strategy are illustrated by his meal with a rapper who has spread antisemitic conspiracy theories and a Holocaust denier. The former president now faces scathing criticism from other Republicans who increasingly see him as a liability for their party following a dismal performance in this year’s midterm elections, underscoring the hazards of his small campaign operation.

In an acknowledgment of the severity of the backlash and an effort to prevent a repeat, Trump’s campaign is putting new protocols in place to ensure that those who meet with him are approved and fully vetted, according to people familiar with the plans who requested anonymity to share internal strategy. The changes will include expediting a system, borrowed from Trump’s White House, in which a senior campaign official will be present with him at all times, according to one of the people.

The decision follows the anger and handwringing from people close to Trump over how the former president became embroiled in scandal just two weeks after launching his third campaign for the White House under the cloud of numerous investigations. And it highlights their concerns about Trump’s vulnerability as GOP strategists and officials increasingly conclude that new leadership is the party’s best hope for winning in future elections.

“I think it makes him even less electable in November of 2024,” he said.

Trump has repeatedly said he did not know until after the fact that he had had dinner with Nick Fuentes, the far-right activist who has used his online platform to spew antisemitic and white nationalist rhetoric. Fuentes arrived by car with Ye, the rapper formerly known as Kanye West, and was waved into the club by security, even though only Ye had been on the security list, according to one of the people present and others briefed on the events. (Fuentes apparently did not show his ID and the car’s driver, a frequent guest at the club, got in using a credit card after misplacing her license.)

Some aides had advised Trump against meeting with Ye, who has made his own antisemitic comments. But the two have a longstanding relationship and Trump rebuffed the advice. They were supposed to meet one-on-one in the club’s library, but Trump, eager to show off his celebrity guest to his paying club members, decided to divert the group to the club’s main patio dining area. Fuentes joined the dinner at Ye’s invitation.

Trump is no stranger to controversies of his own creation. His 2016 campaign was fueled by an endless cycle of outrage. Trump would make an inflammatory statement, calling for Muslims to be banned from entering the country, saying John McCain was “ not a war hero ” because he was captured in Vietnam, or asserting an Indiana-born federal judge had “ an absolute conflict ” on a case because of his “Mexican heritage.” Those comments would spur days of media coverage as critics responded with outrage, keeping Trump in the news.

But the political landscape is fundamentally different now. Trump is no longer a political outsider or newcomer. He’s a member of a most elite circle the former presidents club and a seasoned politician mounting what is now his third campaign for the office. And after nearly eight years of his dominating the news cycle, many in his party and the voting public are tired of the constant drama and chaos.

“If you have people who are constantly creating distractions and taking you off message and forcing people to answer questions like the ones that you’re asking, that’s not a good thing,” South Dakota Sen. John Thune, the No. 2 Senate Republican, told reporters on Capitol Hill on Tuesday.

And While Trump has advised aides that he wants to try to recapture the energy of his first campaign, when he was the anti-establishment outsider fighting better-financed and organized rivals, the Mar-a-Lago episode revealed the limits of his threadbare operation, which has yet to hold a single public event since Trump’s announcement two weeks ago.

Trump’s campaign was going to wait until the new year to start putting together a more organized and robust organization. Although there are no travel plans for the remainder of the year, aides are stepping up their efforts to make sure that everyone he meets with has been thoroughly vetted. They are also working to ensure that the former president is staffed by a rotating team of campaign aides, something that was not supposed to start until January.

Following the dinner meeting, a number of GOP senators called for the dismissal of the gathering’s organizers. Old friends who weren’t participating in the campaign questioned Fuentes’ access to the club and why no one seemed to be alerted to his presence or advised Trump against meeting with him.

So far, Trump has refused to condemn the views of either visitor, despite growing condemnation from his party, including calls for an apology from his former Vice President Mike Pence.