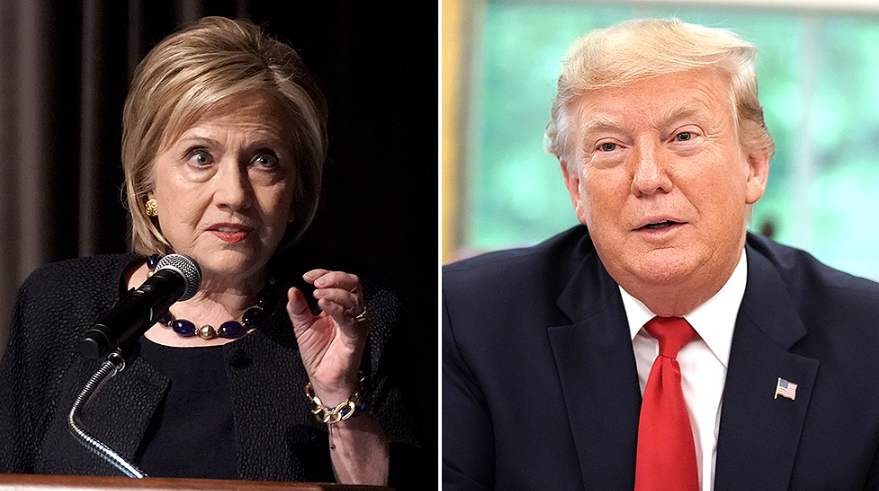 West News Wire: Former President Donald Trump sued Hillary Clinton in 2016, accusing her of “working in concert” with senior FBI officials to create what is now known as the Russia investigation. A federal court in Florida dismissed his lawsuit against Clinton.

In his decision dismissing the case, District Judge Donald Middlebrooks seemed to be mocking it, saying that it was “impossible to describe in a simple and unified manner.”

The judge stated, “It was definitely not portrayed that way.

Trump had claimed that the existence of a small fraction of Clinton supporters who were well-positioned within the Department of Justice caused the Russia investigation to be “prolonged and exacerbated,” a group that included defendants James Comey, Andrew McCabe, Peter Strzok, Lisa Page, Kevin Clinesmith, and Bruce Ohr.

The judge said the lawsuit was rife with “glaring problems,” claims that were “not warranted under existing law,” and legal theories that lacked factual support.

“At its core, the problem with Plaintiff’s Amended Complaint is that Plaintiff is not attempting to seek redress for any legal harm; instead, he is seeking to flaunt a two-hundred-page political manifesto outlining his grievances against those that have opposed him, and this Court is not the appropriate forum,” the order said.

“We vehemently disagree with the opinion issued by the Court today,” Trump’s attorney, Alina Habba, said in a statement following the dismissal. “Not only is it rife with erroneous applications of the law, it disregards the numerous independent governmental investigations which substantiate our claim that the defendants conspired to falsely implicate our client and undermine the 2016 Presidential election.”

Trump earlier tried to move the lawsuit to a different judge in the Southern District of Florida, but was unsuccessful. That judge, Aileen Cannon, is the same Trump-appointed judge who this week granted Trump’s motion for a special master to review the Justice Department’s seizure of documents from his Mar-a-Lago estate.

Special counsel Robert Mueller’s probe, completed in 2019, concluded that Russian interference in the 2016 election was “sweeping and systematic,” and the investigation led to seven guilty pleas and five jail sentences, mostly on charges of lying to investigators but no charges were ever brought against Trump himself.