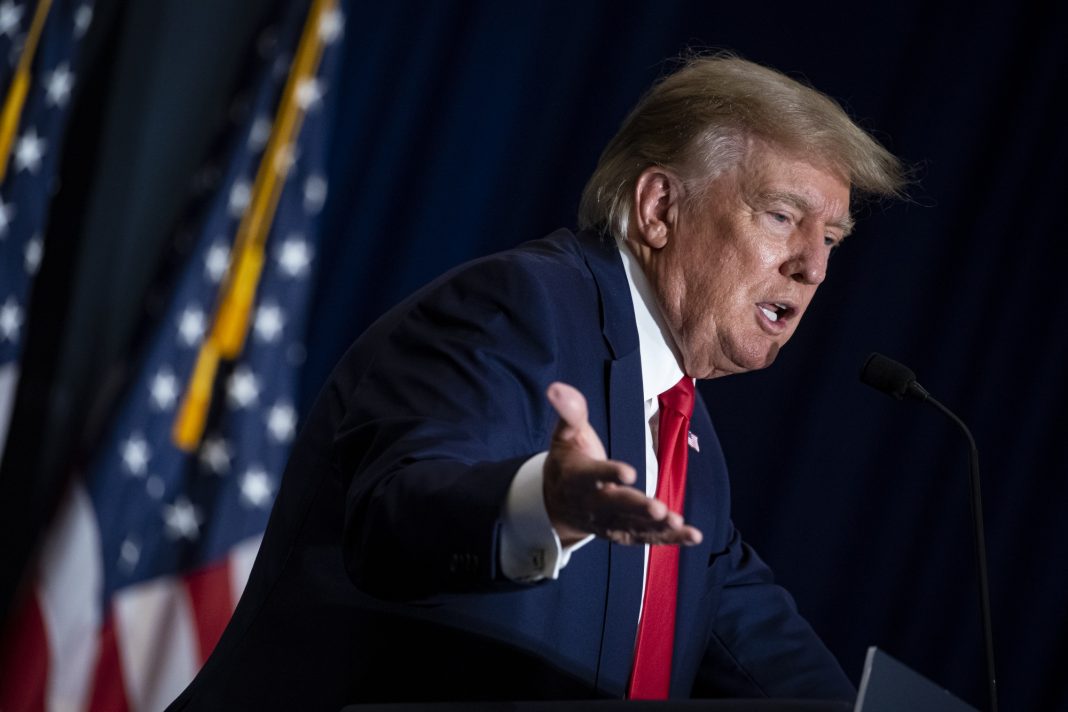 West News Wire: During a hearing before the New York state attorney general in connection with an inquiry into his business affairs, the former president Donald Trump reportedly refused to provide answers to queries under oath.

On Wednesday morning, Trump had appeared at the offices of the state’s attorney general, Letitia James, to provide testimony in a lengthy civil investigation of the Trump Organization’s financials.

According to the rights and freedoms granted to every citizen by the United States Constitution, I declined to answer the questions, Trump stated in a statement.

The right to stay silent when questioned by authorities is guaranteed under the Fifth Amendment of the US Constitution in order to avoid self-incrimination.

Trump’s deposition in New York came less than two days after FBI agents searched his home in Florida as part of a separate investigation looking into possible mishandling of classified documents by the former president, according to several US media outlets.

The New York attorney general launched the civil investigation in 2019 after Trump’s former personal lawyer Michael Cohen testified in Congress that the ex-president exaggerated his assets “when it served his purposes”.

James has said in court filings that her office has uncovered “significant” evidence that Trump’s company “used fraudulent or misleading asset valuations to obtain a host of economic benefits, including loans, insurance coverage, and tax deductions.”

Trump, who previously suggested that he will run for president again in 2024, has dismissed the New York inquiry, federal probe and the congressional committee investigating the January 6, 2021, attack on the Capitol by his supporters as politically motivated.

On Wednesday, he reiterated that he did “nothing wrong”, stressing without evidence that federal authorities, state prosecutors and what he called the “fake news media” are targeting him with unfounded accusations.

“If there was any question in my mind, the raid of my home, Mar-a-Lago, on Monday by the FBI, just two days prior to this deposition, wiped out any uncertainty,” Trump said.

The current administration and many prosecutors in this country have lost any sense of morality and ethical decency, therefore I have no option.

While the FBI search has been attributed by many Republicans to President Joe Biden, the White House has stressed that it does not interfere with Department of Justice-led investigations.

On Wednesday, Trump singled out New York’s James for criticism, branding her a “failed politician” and charging that she was on a “vendetta” against him.

While president, Trump was twice impeached, including in early 2021 for sparking a riot at the US Capitol as lawmakers were confirming Biden’s victory. Despite this, the Senate upheld his acquittal in votes along party lines.