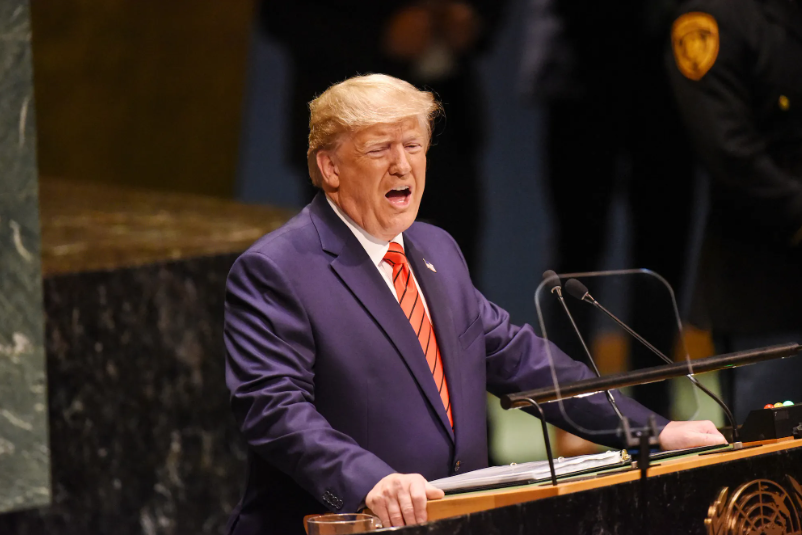 West News Wire: According to former President Donald Trump, the US is too troubled on its own to give money and weapons to Ukraine for its confrontation with Russia. He emphasized that because Europe is more directly impacted by the situation than Kiev, it should be doing more to assist Kiev.

Trump recounted how he pushed NATO nations in the EU to increase their defense expenditure to 2 percent of their GDP during his administration while speaking at the Student Action Summit on Saturday in Tampa, Florida. The US was “taken advantage of by Europe” at the time, and he claimed that it is occurring again over Ukraine.

“We’ve so far given more than $60 billion to Ukraine. Well, the European countries, who are obviously far more affected than us, have given a tiny fraction of that number,” the ex-president noted.

If he were still in office, he “could’ve gone over there [to Europe] and said: ‘Listen, you’re going to put up the same money or more money than us.’ And they would’ve done it gladly,” Trump claimed.

“But we just give money out. And we have $35 trillion in debt. We have all of these problems,” he said, referring to record inflation in the US, the energy crisis, and other issues.

Trump also doubted whether even the massive levels of US assistance would change the situation on the ground in Ukraine. “Now, it’s much tougher to solve,” he said about the crisis. “Russia has 35 times the fire power. And they’re looking to obliterate the weapons as we send them in. A lot of bad things are happening,” he added.

According to the former president, during his administration, the US had “no problem” with Russia, China, or North Korea, and “nobody even talked about” Ukraine.

However, the US “has gone from the strongest that it has ever been to possibly the weakest, especially when you consider recognition and respect from all around the world” in just two years under Joe Biden. Nobody now longer respects us,” declared Trump.

“Two years ago, we had our own energy supply. With Biden on his knees appealing for energy from all around the world going to Venezuela and Saudi Arabia we are now a beggar nation. Going to nations all over the world and pleading for assistance,” he continued.