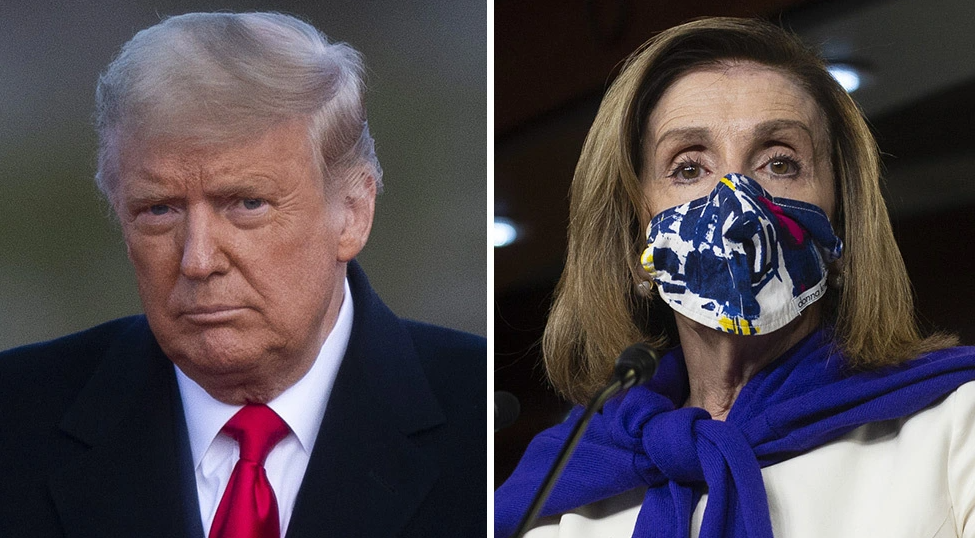 West News Wire: Nancy Pelosi’s trip to Taiwan has been criticized by former President Donald Trump, who called it “China’s dream.” Prior to Pelosi’s visit, which prompted extensive military exercises by China and the severance of some diplomatic ties with the US, Trump claimed that it would “create immense friction and animosity.”

“What the hell, Nancy Pelosi, you’re crazy. How did she spend her time in Taiwan? During a campaign-style event on Friday in Wisconsin, Trump remarked. “She was the image of China. She offered them a rationale. She stated that they had been searching for that defense. She makes everything she touches you-know-what.

After receiving repeated warnings from Beijing that doing so would have negative diplomatic and military repercussions, Pelosi traveled to Taiwan on Tuesday. China continues to assert its control over Taiwan despite the island’s self-government since 1949, China still claims sovereignty over the island and considers high-level visits like Pelosi’s to be tacit endorsements of Taiwanese independence. The US has officially recognized Beijing’s claim over Taiwan since the 1970s under the One-China policy.

While in office, Trump oversaw a pivoting of US foreign policy from the Middle East to China, with the Pentagon’s 2018 National Defense Strategy naming China as the top “strategic competitor,” and waged a trade war against Beijing for much of his term. When Covid-19 emerged from the Chinese city of Wuhan in 2020, Trump immediately branded it “the China virus,” and later accused China of “destroy[ing] the world” with the pathogen.

However, while more than half of the US Senate’s 50 Republicans praised Pelosi for following through with her visit, Trump argued beforehand that it was a bad idea.

“Why is Nancy Pelosi getting involved with China and Taiwan other than to make trouble and more money, possibly involving insider trading and information for her cheatin’ husband?” he asked in the run-up to the trip, referring to her husband’s purchase of semiconductor stocks ahead of a successful vote by Congress on a bill to subsidize the industry in the US.

But before the vote, Paul Pelosi sold this stock at a loss, citing “misinformation” tying the purchase to the vote as the reason for the sale. Pelosi has denied ever giving her spouse access to confidential information.

While in Taiwan, Pelosi also met with the chairman of the largest semiconductor manufacturer in the world. Once President Joe Biden puts the bill into law, the company’s planned Arizona factory is expected to profit from US subsidies.

Trump said, “Everything she touches goes to chaos, disruption, and rubbish. “The last thing she should be involved in is the China problem. Simply by inserting herself, Crazy Nancy creates a lot of conflict and animosity. She is a complete mess!