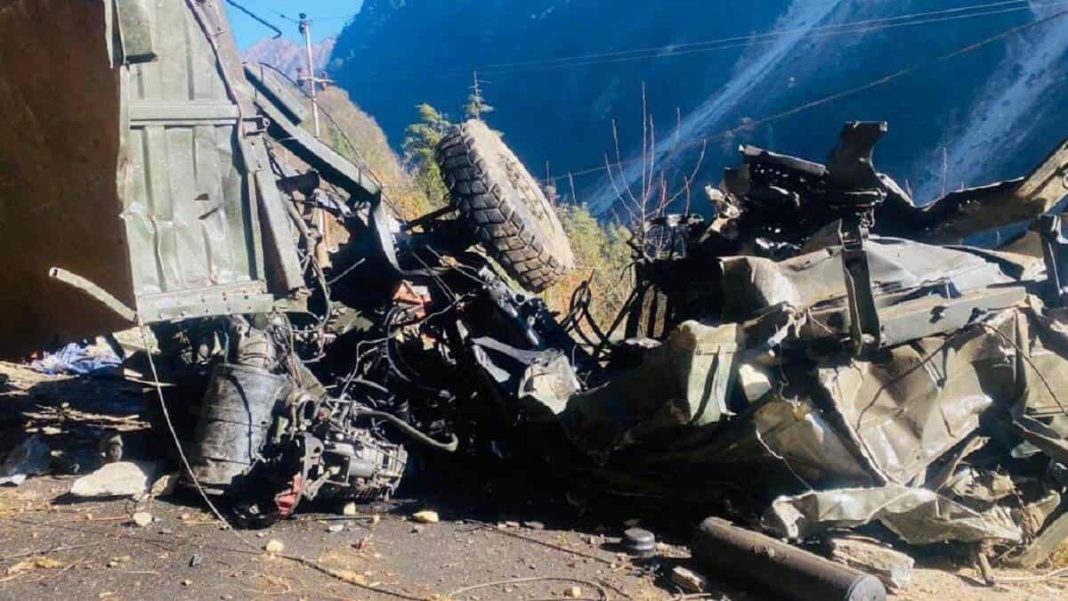 West News Wire: At least 16 Indian troops were killed on Friday after a truck transporting them slid off a cliff and into a valley in India’s rural northeast.

According to reports, four further soldiers were hurt in the accident at Chatten, which is located 100 kilometers (60 miles) north of Gangtok, the Sikkim state capital.

According to a statement from the army, the accident happened while the car was making a tight turn on a mountain route.

According to the report, the injured soldiers were flown to a nearby army hospital.

Rajnath Singh, the defense minister, expressed his extreme sorrow over the deaths of the soldiers.

India’s roadways are badly maintained, and accidents happen frequently. According to the authorities, more than 110,000 people are killed in traffic accidents each year in India. Most accidents are blamed on reckless driving, poorly maintained roads and aging vehicles.