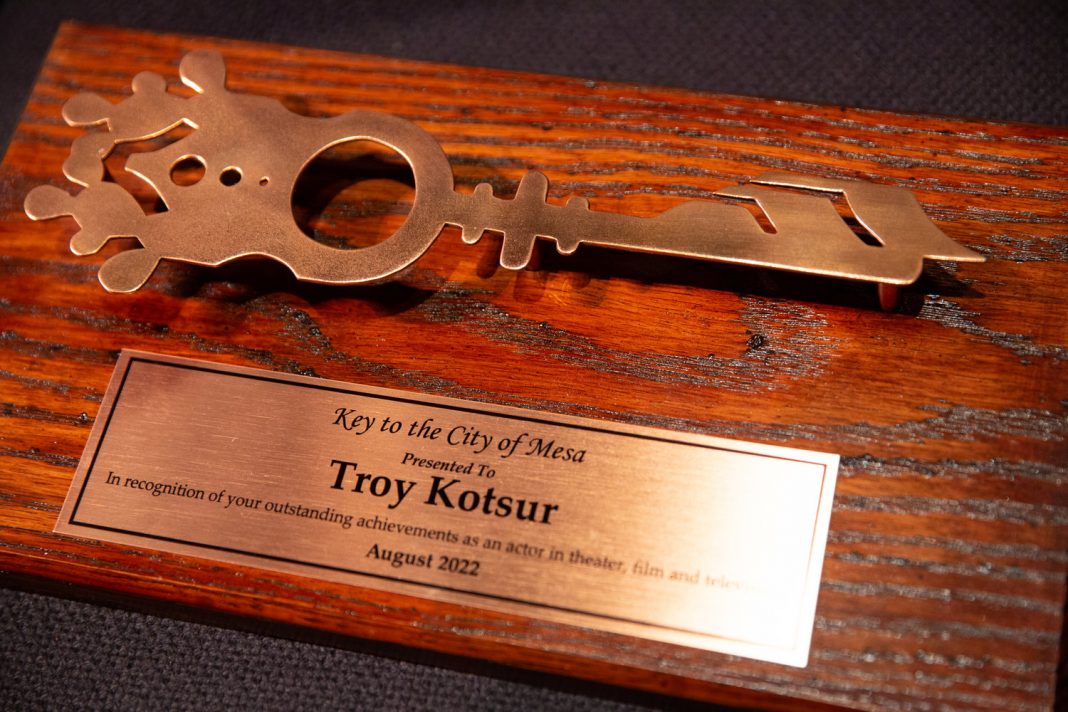 West News Wire: Troy Kotsur, who made history as the first deaf person to win an Oscar, was given a key to his Arizona community in recognition.

According to a statement from Mesa, a Phoenix suburb, Kotsur, who won the Oscar for Best Supporting Actor in March, received the key on Thursday.

During a ceremony, Kotsur said, “It is such a special pleasure to receive the key to the City of Mesa, the area where I was born and nurtured, and will always consider home.”

Kotsur was praised by Mesa Mayor John Giles as “a fantastic example of passion and commitment.”

Kotsur won just about every major acting prize for his role as a father and fisherman in “CODA.” He still resides in Mesa and gave a shoutout to the city in his Oscars acceptance speech.

Kotsur’s family has deep roots in the city. His father was the police chief. One of his two brothers is a deputy fire chief. His grandfather was also a police officer.

For his next project, the actor will play the coach of a football team from the California School for the Deaf for a Disney+ series. Kotsur will be an executive producer.