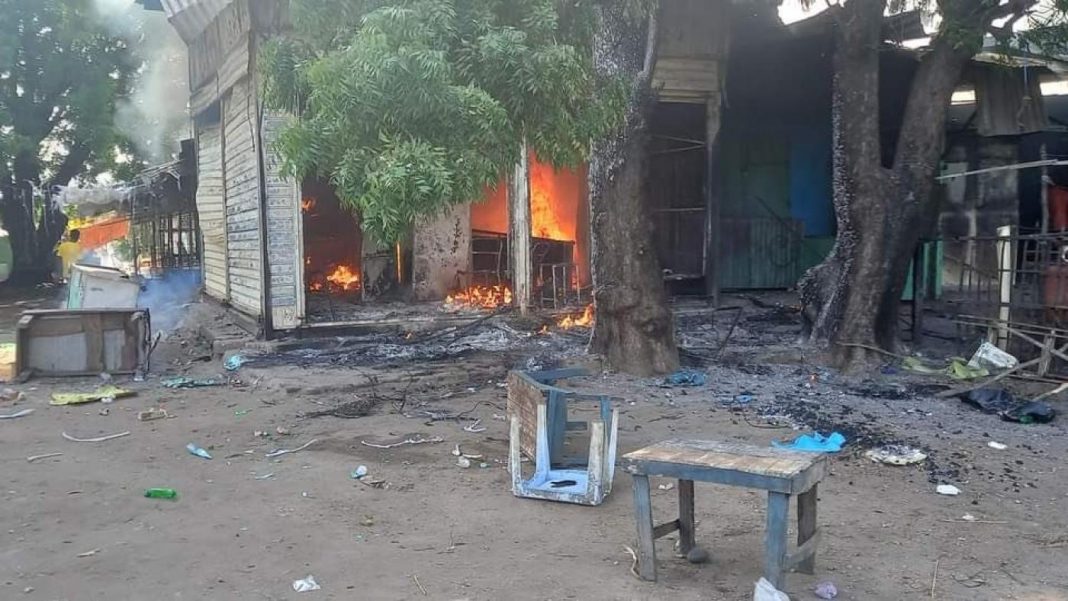 West News Wire: According to the state’s security committee and other officials, dozens of families are escaping the violence in Sudan’s Blue Nile State, where ongoing conflicts between two tribes have claimed the lives of at least 31 people.

Since the violence broke out on Monday over a land dispute between the Berti and Hawsa tribes, at least 39 additional people have been injured, and dozens of shops have been set on fire in the town of Roseires.

The Sudan’s Doctors Committee, which monitors violence across the nation, reports that the clashes went on into Saturday afternoon despite the placement of more troops in the area.

Adel Agar, a local official from the city of Al-Roseires, told the AFP news agency on Saturday, “We need more troops to control the situation.”

He also called for mediators to de-escalate tensions that have resulted in many “dead and wounded”.

The Sudan’s Doctors Committee said more injured were brought to hospitals on Saturday, amid a shortage of emergency and life-saving medicine in the province. It called on authorities in the capital of Khartoum to help evacuate injured people for advanced treatment.

Blue Nile governor Ahmed al-Omda issued an order Friday prohibiting any gatherings or marches for one month and a night curfew was imposed on Saturday.

The local government deployed the military and paramilitary Rapid Support Forces (RSF) to bring stability to the region.

“We heard gun shots,” resident Fatima Hamad told AFP from the city of Al-Roseires across the river from Al-Damazin, “and saw smoke rising” from the south.

Al-Damazin resident Ahmed Youssef said that “dozens of families” crossed the bridge into the city to flee the unrest.

An urgent appeal for blood donations was launched by hospitals for the treatment of casualties from the unrest, according to medical sources.

The Qissan region and Blue Nile state more generally have long seen unrest, with southern fighters a thorn in the side of Sudan’s former strongman president Omar al-Bashir, who was deposed by the army in 2019 following street protests.